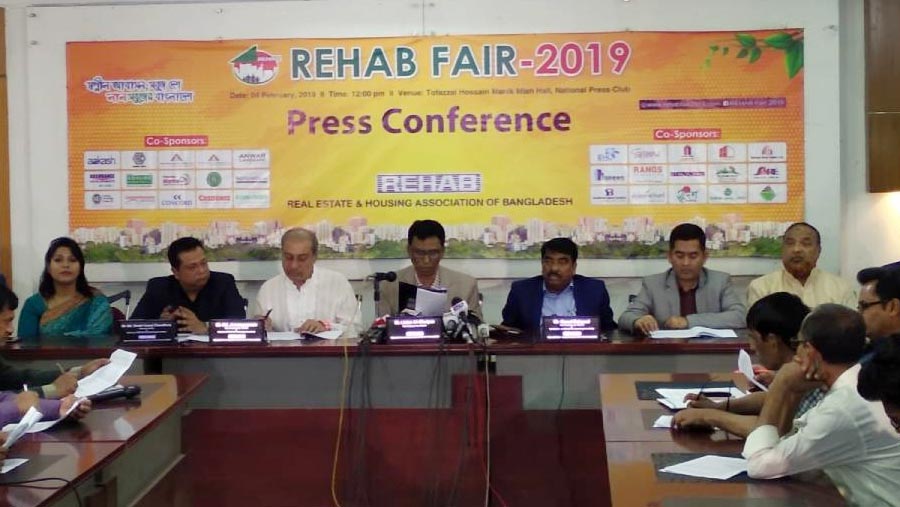 The annual fair of Real Estate and Housing Association of Bangladesh (REHAB) will start on Wednesday (Feb 6) in the city. The five-day fair will be held at the Bangabandhu International Conference Centre. It will conclude on Feb 10, Rehab First Vice-President Liaquat Ali Bhuiyan told journalist on Monday (Feb 4) at a press conference at Jatiyo Press Club, reports said.

This is actually the 2018 edition being held after a delay. Usually the fair is arranged in December every year. But it was not possible last year due to the 11th national election.

Liaquat said 20 building materials and 14 moneylender organizations would take part in this year’s fair. Besides, 30 organizations will participate as cosponsors. The fair’s area will be divided into three zones – Co-sponsors, General, and Building Materials.

REHAB has been organising housing fair since 2001 to attract customers.

“We organize such fairs in various countries including UK, Dubai, Italy, Canada, Australia and Qatar to promote sales of apartments. The fair creates a bridge between buyers and our members,” the first vice-president said.

He said they were working to make well-planned city and solve the rising housing demand.

The fair will remain open from 10 a.m. to 9 p.m. everyday where a single entry ticket will cost Tk 50 and multiple entries Tk 100.

The participants will provide various offers to attract customers at the fair. Prizes – including private cars, motorcycles, refrigerators, TVs, and mobiles – will be distributed through raffle draw.