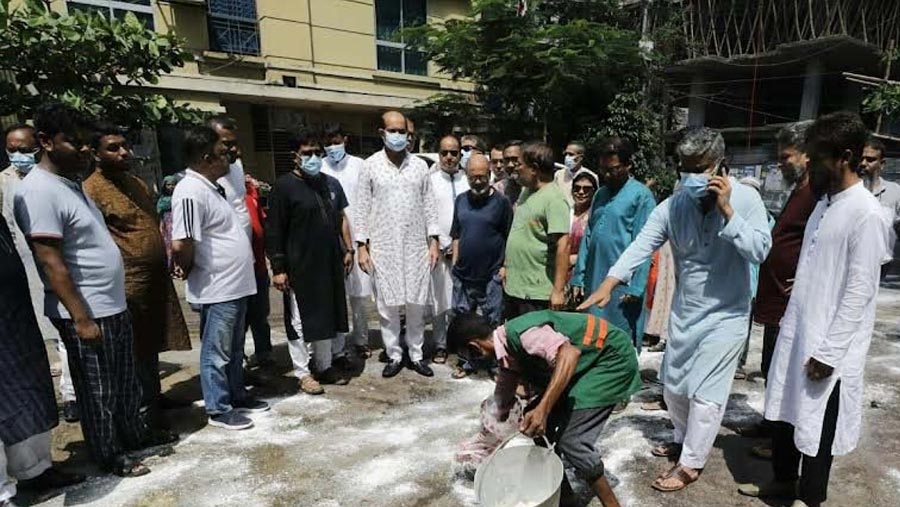 Dhaka North City Corporation (DNCC) today removed cent percent wastes of animals which were slaughtered on the occasion of the holy Eid-ul Azha in just less than 8 hours as it announced to do the task within 12 hours.

DNCC cleaners began works to remove the wastes from city streets at 2pm and completed it at around 9.30 p.m., said a press release.

On the occasion of Eid-ul-Azha, as many as 12,47000 cattle were slaughtered in 10 zones under DNCC. Around 9,000 metric tonnes of wastes have been removed.

According to waste removal report of DNCC, 100 percent wastes have been removed from 50 wards out of 54 under the corporation while collection of all wastes have been completed from rest of four wards and now wastes are being transferred to landfill.