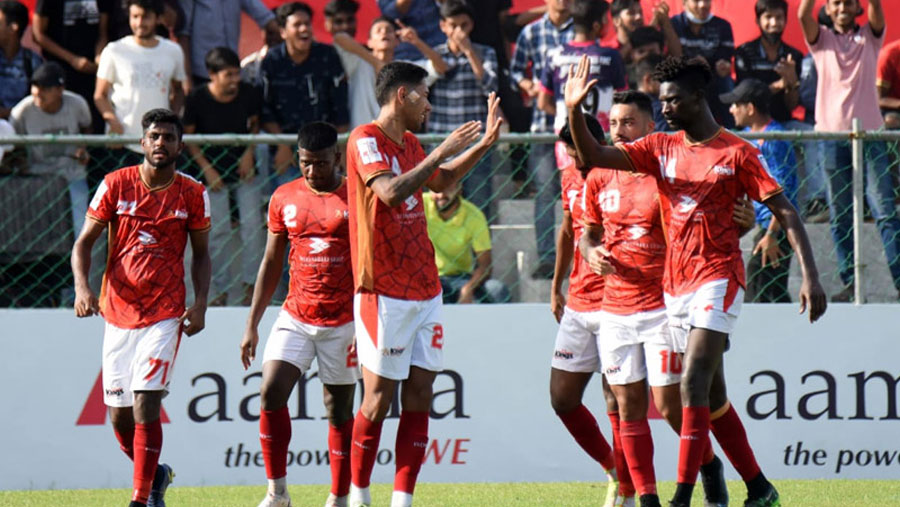 Defending champions Bashundhara Kings maintained their winning run in the TVS Bangladesh Premier League football when they came from behind beat Sheikh Russel Krira Chakra by exciting 3-2 goals on Sunday (Jun 26) at Bashundhara Sports Complex in the city.

In the first half, both teams scored one goal each at the Bashundhara Sports Complex.

Kyrgyz defender Ayzar Akmatov put Sheikh Russel into the lead in the 28th minute from a penalty (1-0).

Iranian defender Khaled Shafiei scored the second goal for the Kings in the 65th (2-1). Brazilian playmaker Robson Robinho scored the third goal for them in the 85th (3-1).

Sheikh Russel's Mannaf Rabbi pulled one back in the 93rd minute (3-2).