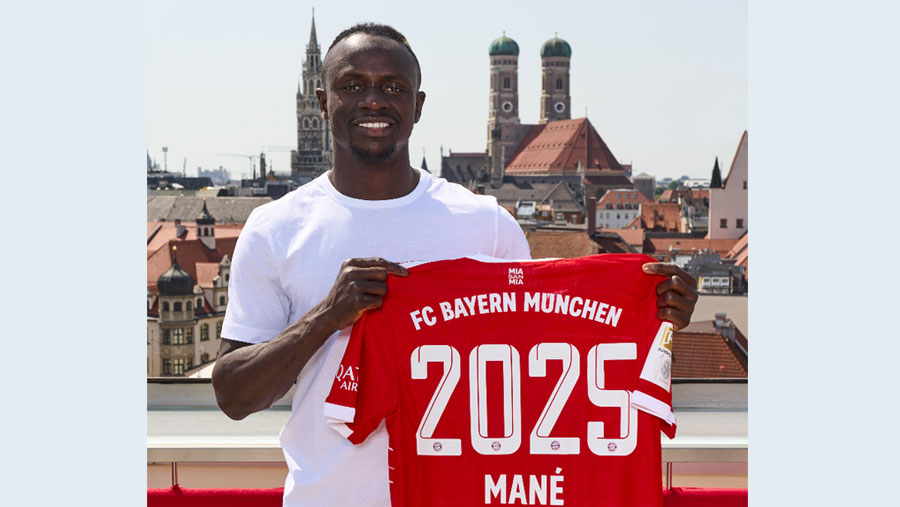 Sadio Mane has completed his move to Bayern Munich, ending a six-year spell with Liverpool in which he helped end their 30-year wait for a league title, as well as winning the Champions League.

Mane reached an agreement with Bayern, who won their 10th consecutive Bundesliga title in May, in a total package worth €41 million.

Mane has signed a contract until 2025 with Bayern.

The Senegal international made 269 appearances for Liverpool, scoring 120 times and providing 38 assists.

He joined Liverpool from Southampton in 2016, arriving within the first 12 months of manager Jurgen Klopp's reign, and played a crucial role as the club returned to the top of English football – he lifted the Champions League in 2019 and helped to end the club's 30-year wait for a Premier League title in 2020.

There had been speculation throughout last season that Mohamed Salah could also leave this summer, but the forward confirmed last month that he will remain at Liverpool for the 2022-23 campaign.