People to get pension after 60 years age 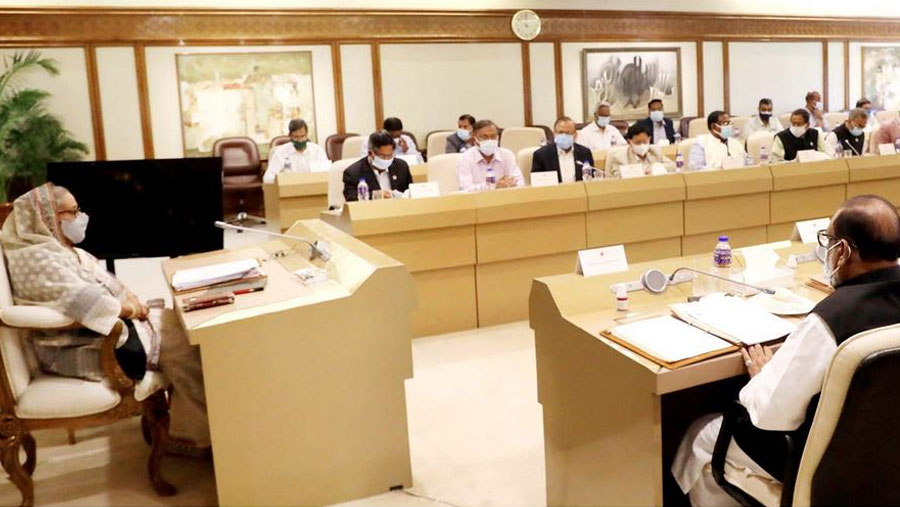 The country’s people aged 18 to 50 years would be eligible for the benefit of the universal pension scheme to be introduced by the government after being of their age 60 years.

Each person of the country, on the basis of availing the scheme, would start to receive the pension after becoming 60 years old as the Cabinet on Monday (Jun 20) gave final approval (upon the vetting of the law ministry) of the draft of “Universal Pension Management Act, 2022”.

Apart from the people aged between 18 to 50 years, the cabinet secretary said under special arrangements, the elderly people can also avail the benefits of this pension through participating in the scheme.

In order to come under the pension scheme, one has to pay a fixed amount of premium for at least 10 years, he said, adding that after completing 60 years, the person will get this benefit till death.

Now, after the vetting from the Legislative and Parliamentary Affairs Division of the Law Ministry, the act will be sent to the National Parliament, said Anwarul Islam.

He said, “All Bangladeshi nationals aged from 18 to 50 years can participate in this pension scheme. And the expatriate Bangladeshis can also take part in it. They (expatriates) can get registered and provide premium”.

The Finance Division has placed the draft of the Universal Pension Management Act, 2022 aiming to bring the growing elderly population under a sustainable social safety net for the causes of unemployment, disease, paralysis, old age or other similar conditions, or penury amid the high life expectancy rate.

Besides, if someone dies while paying the premium, but he is not yet 60 years of age, then the nominee of that person will get the deposited money with one time benefit, he said.

He added: “That person will not get any pension”.

For example, he said a person is 20 years old and is contributing to this pension. If he dies at the age of 30, then his nominee will get the deposited money with one time benefit, he added.

However, the amount of premium will be determined by a rule under the proposed law, he also said.

According to the proposed law, there will be a five-member national pension authority headed by a chairman and also a 15-member governing body with the Finance Minister as its chair, said the cabinet secretary.