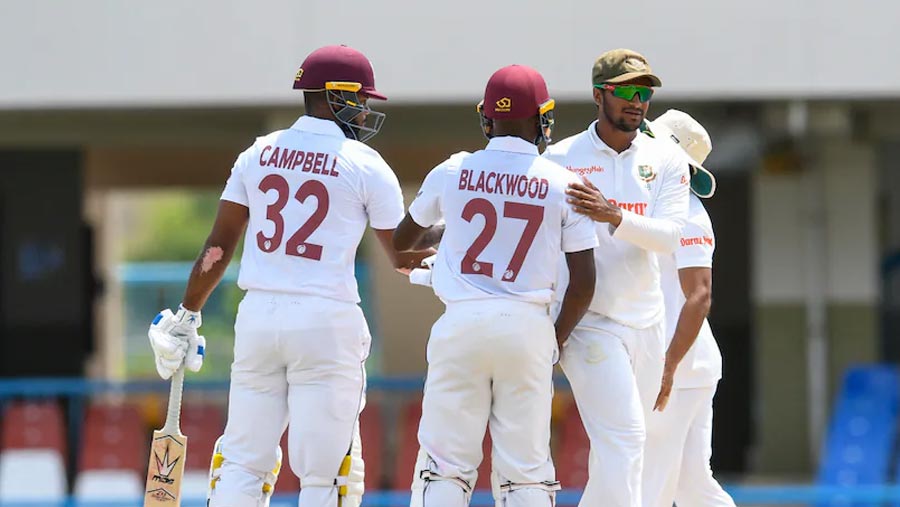 West Indies finished on 88-3 after resuming the fourth day on 49-3 in its second innings and needing 35 more runs to clinch the series opener.

Campbell accelerated his scoring rate on Sunday and finished the match with a six over long off against Najmul Hossain Shanto. He hit nine fours and one six in his 58 not out. Jermaine Blackwood at the other end was undefeated on 26 after the pair came to their team’s rescue with a fourth-wicket partnership of 79.

Out-of-form Bangladesh had given the hosts a scare on Saturday, at one stage reducing the West Indies to 9-3 at Sir Vivian Richards Stadium.

Bangladesh medium-pacer Khaled Ahmed, who took three wickets in 11 balls on day three, was unable to break through again. He finished with 3-27 from eight overs.