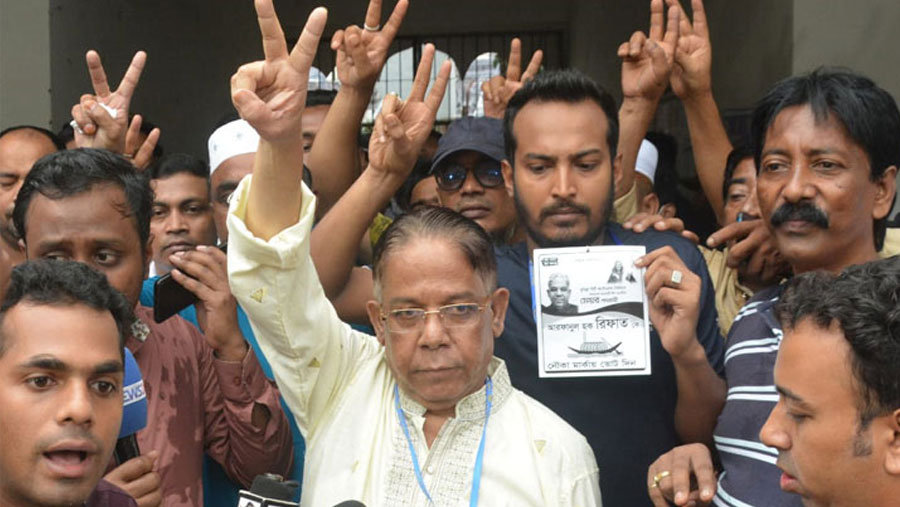 According to the unofficial results, Arfanul with the symbol of 'Boat' bagged 50,310 votes while his nearest rival independent candidate and former mayor Monirul Haque Sakku with 'Table Clock' got 49,967 votes.

Returning Officer Shahedunnabi Chowdhury announced the result of the Cumilla City Corporation election unofficially from a temporary stage set up for the city election results at Shilpakala Academy in Cumilla on Wednesday night.

The voting started at 8 a.m. and continues until 4 p.m. without any break. The voting took place on electronic voting machines (EVM).