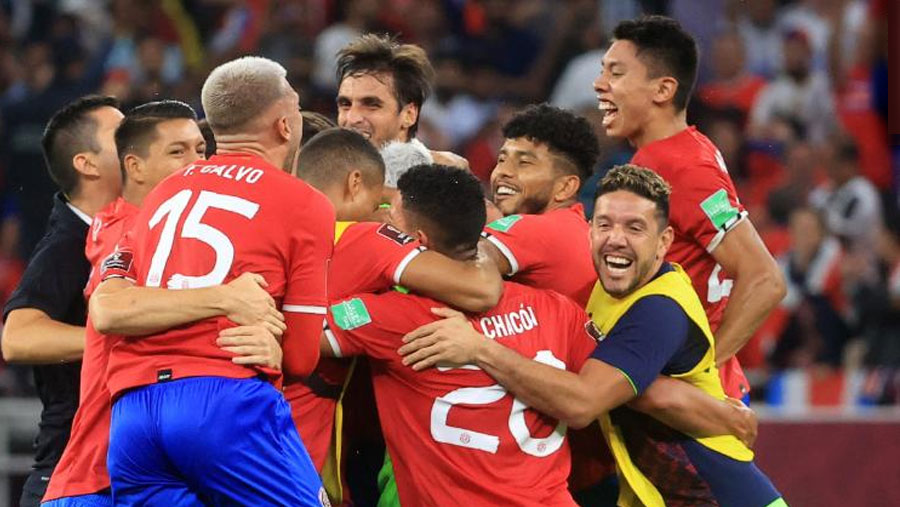 Costa Rica became the last team to qualify for this year's World Cup as Joel Campbell's early goal gave the Central Americans a nervy 1-0 win over New Zealand in a play-off on Tuesday (Jun 14). Former Arsenal forward Campbell netted in the third minute in Doha and New Zealand, who were reduced to 10 men in the second half, could not find an equaliser despite dominating for long periods. Costa Rica will face Germany, Spain and Japan in a tough Group E at the tournament which starts in Qatar in November. Victory put Costa Rica into their third straight World Cup and sixth in total. Their best effort so far was a surprise run to the quarter-finals in 2014.

Costa Rica has earned the final spot in the field for the 2022 FIFA World Cup, defeating New Zealand 1-0 at the Al Rayyan Stadium in Doha, Qatar, on Tuesday (Jun 14).

Costa Rica is the 32nd team to qualify for the finals that take place in Qatar from Nov 21 to Dec 18. Los Ticos, ranked No. 31 in the world, join Spain, Germany and Japan in Group E.

Forward Joel Campbell scored the decisive goal in the third minute of the playoff match, meeting a cross from the left wing and bouncing a shot into the net.

New Zealand created a number of chances as they attempted to mount a comeback, but were unable to breach Costa Rican goalkeeper Keylor Navas' defenses.

The success means Costa Rica – which plays in the Confederation of North, Central America and Caribbean Association Football, or Concacaf – have qualified for six World Cup tournaments, and three consecutive editions.

The World Cup begins on Nov 21 with Costa Rica playing 2010 champions Spain in their opener on Nov 23.