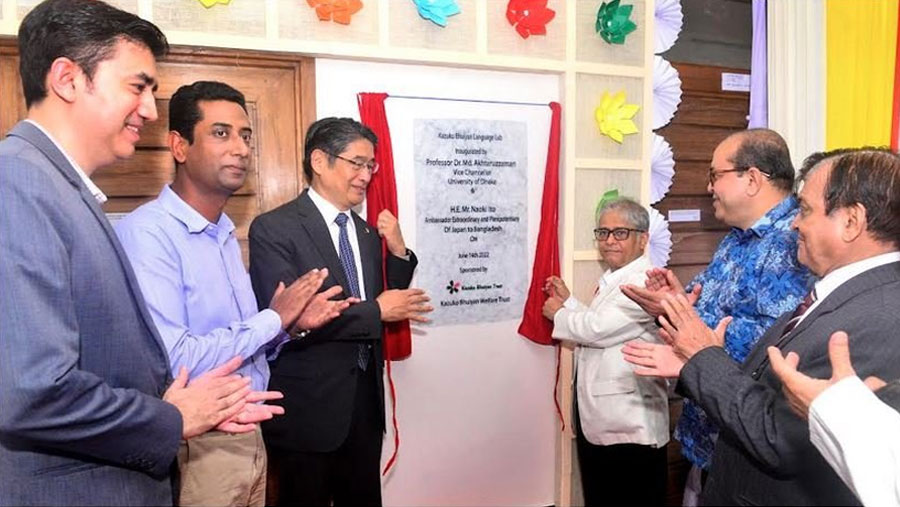 Kazuko Bhuiyan Language Lab has been inaugurated at the Department of Japanese Studies of Dhaka University (DU). DU Vice-Chancellor Prof Dr Md Akhtaruzzaman inaugurated the lab as the chief guest at a function on Tuesday (Jun 14) at the department, said a press release.

This language lab has been established with the financial assistance from the Kazuko Bhuiyan Welfare Trust.

Japanese Ambassador ITO Naoki said DU Japanese studies department has been playing an important role to promote Japanese language and culture as well as strengthen bilateral relationship between Bangladesh and Japan since its inception.

The students of this department will work as the bridge of friendly ties between the two countries, he hoped.

Kazuko Bhuiyan was born on Nov 1, 1950 in Shizuoka, Japan. She got married with Mamtaz Uddin Bhuiyan and migrated to Bangladesh in 1973. Later, she worked at Japanese Language School in Bangladesh as a teacher. She died on Jul 29, 2016 in a tragic road accident in Abu Dhabi.