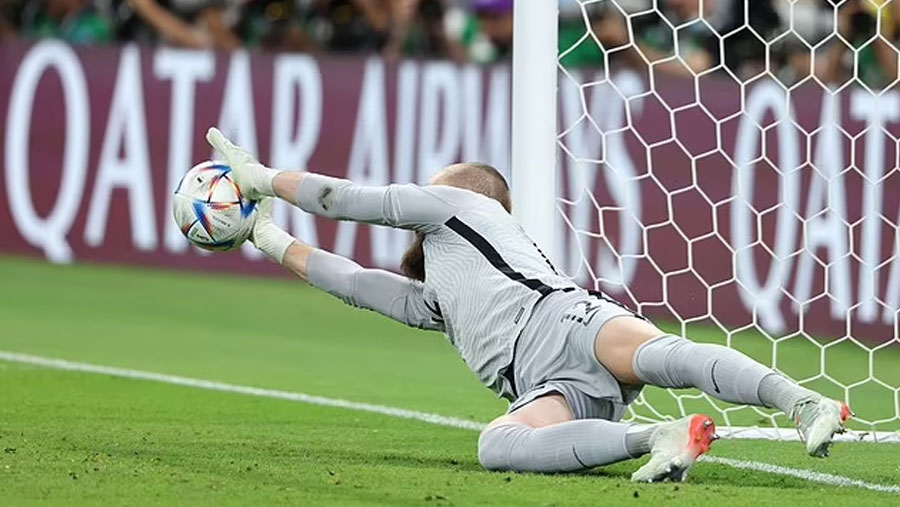 Australia's dancing substitute goalkeeper Andrew Redmayne saved the last penalty to clinch a place at this year's World Cup in Qatar as they edged Peru 5-4 in a shootout following a 0-0 draw after extra time in an inter-continental play-off on Monday (Jun 13). Redmayne danced across the goal line before diving to the right to stop a penalty from Alex Valera and hand Australia a deserved victory at the Ahmad bin Ali Stadium.

Australia became the 31st team to book their place at the 2022 World Cup after beating Peru on penalties in an intercontinental play-off in Qatar.

Goalkeeper Andrew Redmayne, who replaced Mat Ryan just before the shootout for his third cap, was the hero, saving Alex Valera's final kick.

This will be Australia's fifth World Cup in a row, having qualified every time since 2006. They will be in Group D alongside holders France, Denmark and Tunisia.

The World Cup's final team will be decided on Tuesday when Costa Rica face New Zealand at the same venue, the Ahmad bin Ali Stadium.