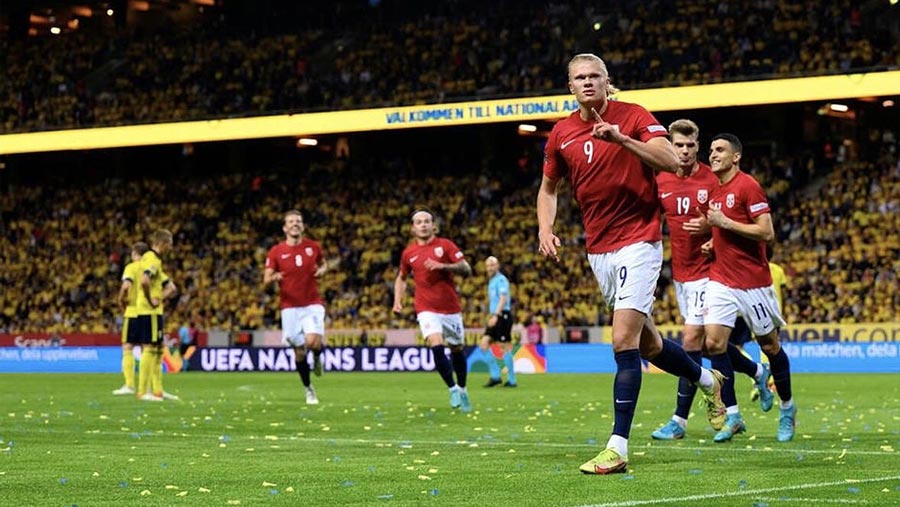 Erling Haaland scored two goals and made another as Norway thumped neighbours Sweden 3-2 in their Nations League Group B4 clash at the Ullevaal Stadium on Sunday (Jun 12), taking his total to 20 international goals and four in two games against the Swedes. The 21-year-old stooped to head home Fredrik Bjorkan's chipped pass to open the scoring in the 10th minute, and he added his second from the penalty spot nine minutes into the second half after keeper Robin Olsen fouled Alexander Sorloth.

The forward headed in to open the scoring in the first half and doubled Norway's lead from the spot after the break.

It takes him to 20 goals in 21 games and he is just 14 away from being the top men's scorer in Norway's history.

The 21-year-old also set up Norway's third as Alexander Sorloth made it 3-1.

That came after Emil Forsberg pulled one back with a smart finish from Tottenham forward Dejan Kulusevski's assist, while Viktor Gyokeres set up a nervy finish with another in the 95th minute.