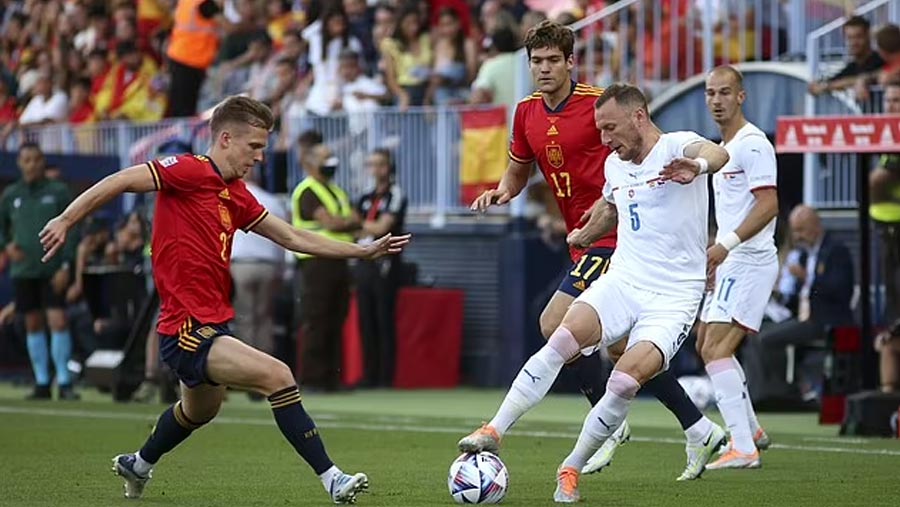 Spain secured back-to-back Nations League victories with a 2-0 win against the Czech Republic in Malaga on Sunday (Jun 12). Luis Enrique's men looked vulnerable at times against a physical Czech side but controlled the game for long stretches and were deserved winners at La Rosaleda.

Spain saw off the Czech Republic at La Rosaleda Stadium in Malaga to move into top spot in Nations League Group A2.

Carlos Soler slotted in from Marco Asensio's pass to open the scoring before substitute Pablo Sarabia doubled the hosts' lead.

The 30-year-old tapped in from close range after Barcelona winger Ferran Torres flashed a ball across goal.

Spain were dominant, enjoying 72% of possession, and Sarabia curled another narrowly wide from the edge of the box.

The visitors did have chances of their own in the first half, but Vaclav Cerny and Jan Kutcha both failed to convert.

Victory for Luis Enrique's side saw them leapfrog Portugal, who were beaten by Switzerland.