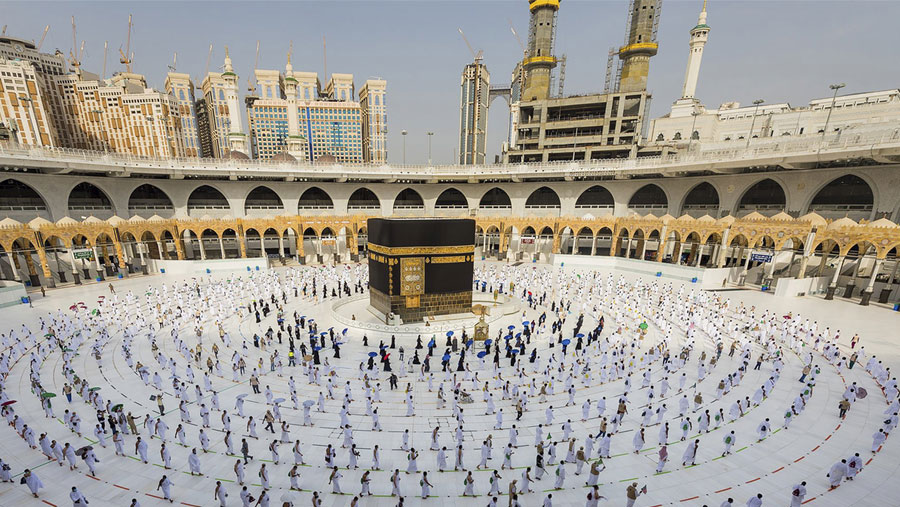 Saudi Arabia on Saturday (Jun 4) welcomed its first batch of Hajj pilgrims since before the coronavirus pandemic, which prompted authorities to sharply restrict the annual ritual. The group from Indonesia landed in the city of Medina and was set to travel south to the holy city of Mecca in the coming weeks to prepare for the Hajj next month, state media reported.

"Today we received the first group of this year's pilgrims from Indonesia, and the flights will continue from Malaysia and India," Mohammed al-Bijawi of the country's Hajj Ministry told the state-run Al-Ekhbariya channel.

"Today we are happy to receive the guests from outside the kingdom, after a two-year interruption due to the pandemic," he added, describing Saudi Arabia as "fully prepared" to accommodate them.

One of the five pillars of Islam, the Hajj must be undertaken by all Muslims who have the means at least once in their lives.

Usually one of the world's largest religious gatherings, about 2.5 million people participated in 2019.

But after the onset of the pandemic in 2020, Saudi authorities announced they would only let 1,000 pilgrims take part.

The following year, they increased the total to 60,000 fully vaccinated Saudi citizens and residents chosen through a lottery.

In April, the kingdom announced it would permit one million Muslims from inside and outside the country to participate in this year's Hajj, which will take place in July.

The Hajj consists of a series of religious rites that are completed over five days in Islam's holiest city, Mecca, and surrounding areas of western Saudi Arabia.

This year's pilgrimage will be limited to vaccinated Muslims under age 65, the Hajj ministry has said.

Those coming from outside Saudi Arabia, who must apply for Hajj visas, are required to submit a negative Covid-19 PCR result from a test taken within 72 hours of travel.