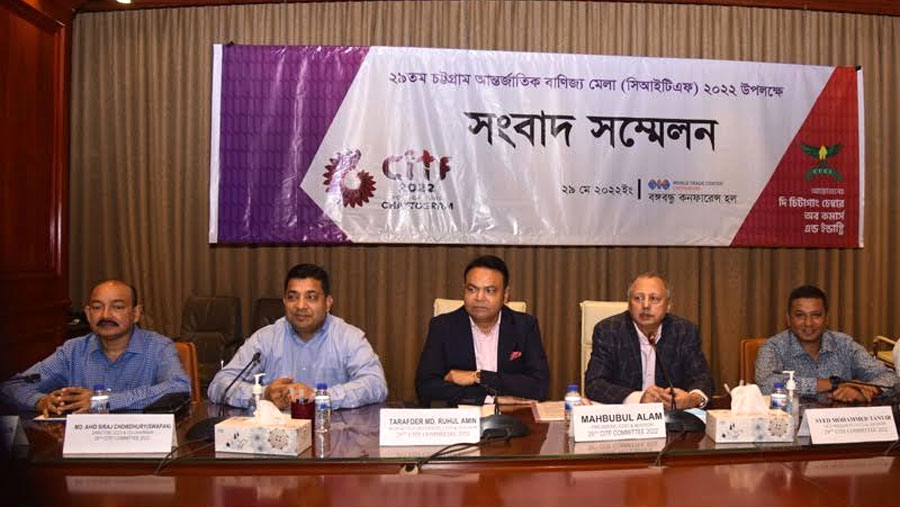 The month-long 29th Chattogram International Trade Fair-2022 (CITF-2022) will begin in the port city on Tuesday (May 31), after two years due to the global pandemic.

Commerce Minister Tipu Munshi will attend the inaugural function of the fair as the chief guest at city's Railway Polo ground Maidan at 3.30 p.m. on that day while former President of Chattogram Chamber of Commerce and Industries (CCCI) M A Latif, MP, City Mayor M Reazaul Karim Chowdhury, President of Federation of Bangladesh Chamber of Commerce and Industries (FBCCI) Mohammad Jashim Uddin and Commissioner of Chattogram Metropolitan Police Saleh Mohammad Tanvir will attend the function as special guests.

President of CCCI Mahabubul Alam disclosed this in a press conference on Sunday (May 29) at Bangabandhu Hall of World Trade centre, local media reported.

The month-long mega event, the second largest International Trade Fair in the country after DITF, will be held under the auspices of CCCI.

The CCCI president said some of the leading industrial enterprises from home and abroad including Thailand, Iran and India will participate in the fair for the 11th time along with some other countries to showcase their products.

The CCCI has been organizing the fair since 1993 and it got a wide range of publicity by the Bangladesh missions abroad, foreign missions in Bangladesh and different trade bodies and trade-based websites.

All preparations including structural development of the fair venue under an attractive layout plan have been completed to make the fair a success, sources said.