No alternative to technology education to survive, says Palak 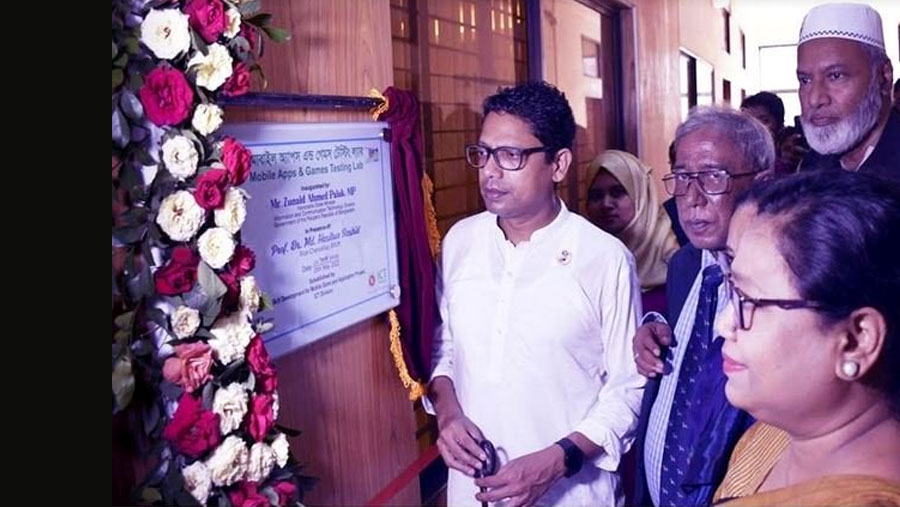 State Minister for the ICT Division Zunaid Ahmed Palak has said there is no alternative to technology education to survive in a competitive world by facing the tough challenges of the Fourth Industrial Revolution.

He said this while inaugurating the 'Mobile Apps and Games Testing Lab' established under the 'Skill Development for Mobile Game and Application Project' of the ICT Division at Begum Rokeya University, Rangpur (BRUR) on Thursday (May 26) as the chief guest, local media reported.

The State Minister said the higher education institutions should give priority in four sectors to build a technology dependent society.

"The four sectors are Cyber Security, Robotics, Artificial Intelligence and Microprocessor Designing," he said, and suggested designing educational curriculums giving due importance to these four areas.

He mentioned that the ICT Division would extend all possible cooperation to promote Begum Rokeya University to a world standard educational institution.

"There is no alternative to acquiring capacity especially in these four sectors if we want to survive in the future of the technology-dependent world," said Palak.

Earlier, the Vice-Chancellor greeted the State Minister with flowers on his arrival in the campus of the university.

Palak paid homage to Father of the Nation Bangabandhu Sheikh Mujibur Rahman by placing wreaths at the mural of Bangabandhu on the campus before inaugurating the 'Mobile Apps and Games Testing Lab'.

Earlier, the State Minister attended separate functions including the unveiling plaque of the foundation stone of Dr M A Wazed Miah High-Tech Park, Rangpur at Kholishakuri area, and a function arranged on the occasion at Zilla Parishad Community Centre in the city.