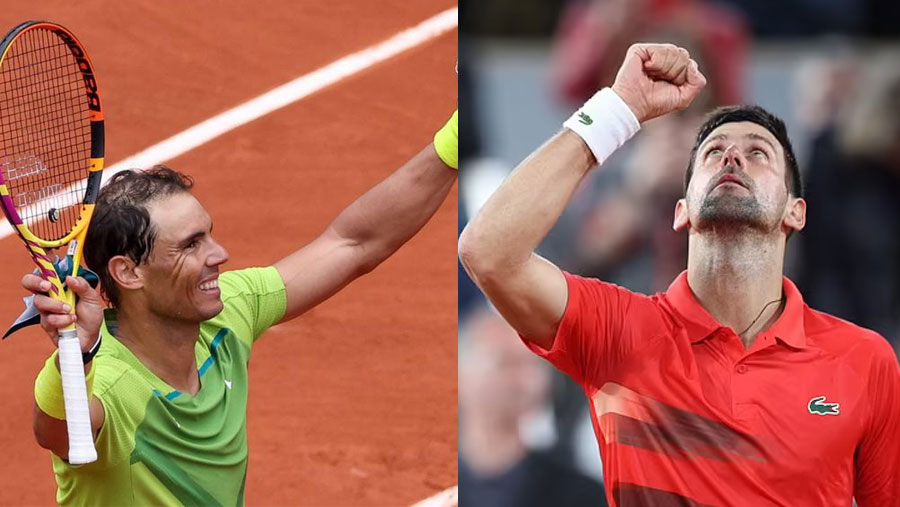 Serbia's Djokovic dropped just four games as he cruised to a 6-3 6-1 6-0 victory on Court Philippe Chatrier.

Djokovic was making his return to Grand Slam action after his high-profile deportation from Australia before the Australian Open in January.

Djokovic was unable to defend his Australian Open title after being deported from the country over his Covid-19 vaccination status and risked being frozen out of Roland Garros until France lifted restrictions in almost all public spaces in March.

The 20-time Grand Slam champion has had mixed fortunes on the court this season with shock defeats in Monte Carlo and Belgrade before regrouping to capture his first title in six months without dropping a set at last week's Italian Open.

Djokovic, who could face Nadal in the quarter-finals as he looks to equal the Spaniard's record haul of 21 major titles, continued the form he showed in Rome, despatching Nishioka in just under two hours.

After a low-key opening set, the two-time champion stepped up the intensity in the second, dropping just one game as he broke Nishioka's serve in four games, with Djokovic's clear dominance prompting jeers from sections of the crowd at times.

Djokovic, who turned 35 on Sunday, strolled to victory in the third set to improve his record in first-round matches at Roland Garros to 18-0 after converting eight of 18 break points

He will next meet either Argentina's Federico Coria or Slovakia's Alex Molcan, who is coached by Djokovic's former long-time coach Marian Vajda.

"I have to be pleased with the match," Djokovic said.

"I struggled to adapt in the first set. He is a very quick player. The first set was close but I cruised through the second and third.

"I always expect the highest for myself but it was a very good start.

"I have been feeling well on clay in the past few weeks. I am happy to be back. The memories from last year are fresh in my mind."

In Monday's day session, Nadal began his quest for a record-extending 14th men's title with a commanding straight-set victory over Australia's Thompson.

It was a 106th French Open victory for the 35-year-old fifth seed, who will face Corentin Moutet in the second round after the Frenchman's victory over 2015 winner Stan Wawrinka.

"I'm very happy with the victory today. I'm happy to get through in three sets," said Nadal, seeded outside the top four in Paris for just the second time in his career.

"It's a first round, a positive match for me. Straight sets but with significant room for improvement."

Nadal was troubled by the recurrence of a chronic foot injury at the Italian Open earlier this month, but appeared to be moving freely against world number 82 Thompson.

The record 21-time men's Grand Slam champion broke for 2-1 in the opening set with a backhand volley winner and moved 4-1 up with a crushing forehand.

Nadal broke serve in the first, fifth and seventh games to take the second set as an increasingly exasperated Thompson ran out of ideas.

Thompson did pull a break back in the third but Nadal's forehand volley moved him 3-2 and he secured the last three games to advance.

The were 10 matches still in progress when play was suspended following rain delays and will resume on Tuesday.