French Open: Swiatek through but Krejcikova and Osaka out 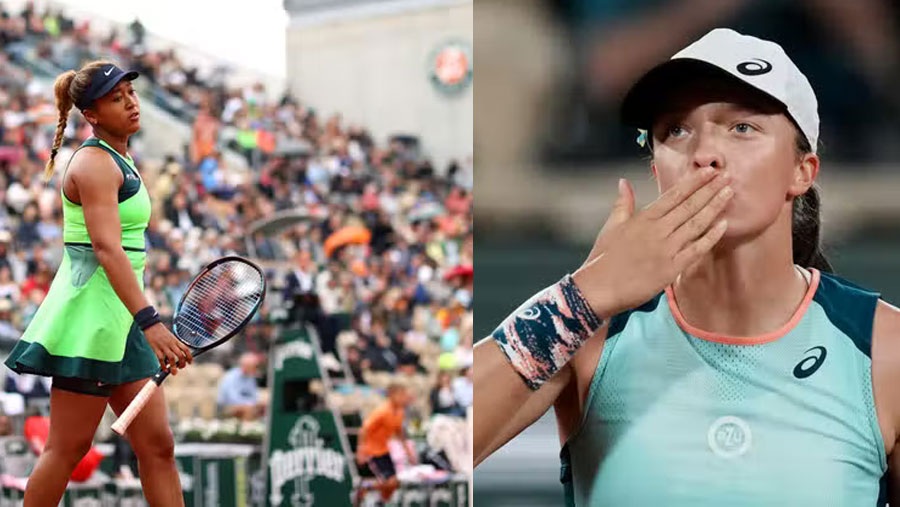 World number one Iga Swiatek underlined why she is the overwhelming favourite for the French Open with a rapid first-round win over Lesia Tsurenko.

Poland's Swiatek showed all her quality in a 6-2 6-0 victory that took just 54 minutes on Court Philippe Chatrier.

The 20-year-old, who won Roland Garros in 2020, extended her winning streak to 29 matches by beating the Ukrainian.

Czech second seed Krejcikova, who has been sidelined this year with an elbow injury, looked like she was heading for a straightforward win before French 19-year-old Diane Parry fought back to triumph 1-6 6-2 6-3 in front of a delighted home crowd on Chatrier.

Japanese former world number one Osaka was beaten 7-5 6-4 by Amanda Anisimova in a high quality encounter.

American Anisimova, who reached the French Open semi-finals in 2019, will face Croatia's Donna Vekic in round two.