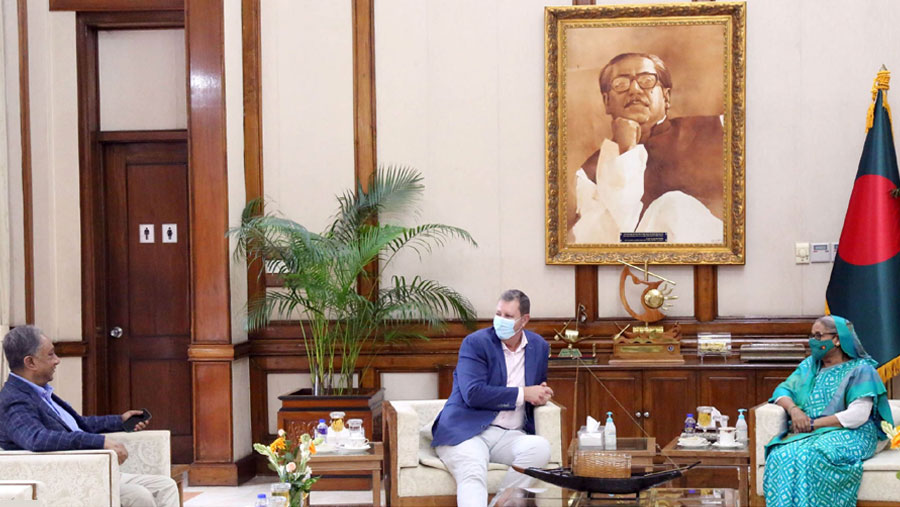 International Cricket Council (ICC) Chairman Greg Barclay on Monday (May 23) assured Bangladesh of providing all necessary support for further development of its' cricket.

"ICC will offer every support required to take Bangladesh cricket ahead further," he said while paying a courtesy call on Prime Minister Sheikh Hasina at her official Ganabhaban residence in Dhaka in the morning.

During the meeting, Sheikh Hasina said, "Bangladesh cricket would forward further if the ICC extends its all out support."

The PM told the ICC chairman that her entire family is fond of sports as her grandfather, father and brothers were players and sports organisers.

The ICC chairman highly praised both the male and female cricket teams of Bangladesh for outstanding performance in the last seven years.

He said the last seven years performance of the Bangladesh Cricket teams inspired him to visit Dhaka to witness in person the development of its cricket.

Referring to Bangladesh's first-ever ICC Women's Cricket World Cup match win defeating Pakistan by nine-run, he said the ICC would also give all required support for development of women cricket as well.

"We will assist Bangladesh in formats of fields, coaching, umpiring and wicket or pitch development," he added.

The ICC Chairman and a former director of New Zealand Cricket reached Dhaka on Sunday on a two-day tour.

Barclay, elected ICC Chairman on Nov 24, 2020, visited the construction of Sheikh Hasina International Cricket Stadium in Purbachal on his arrival at the capital.