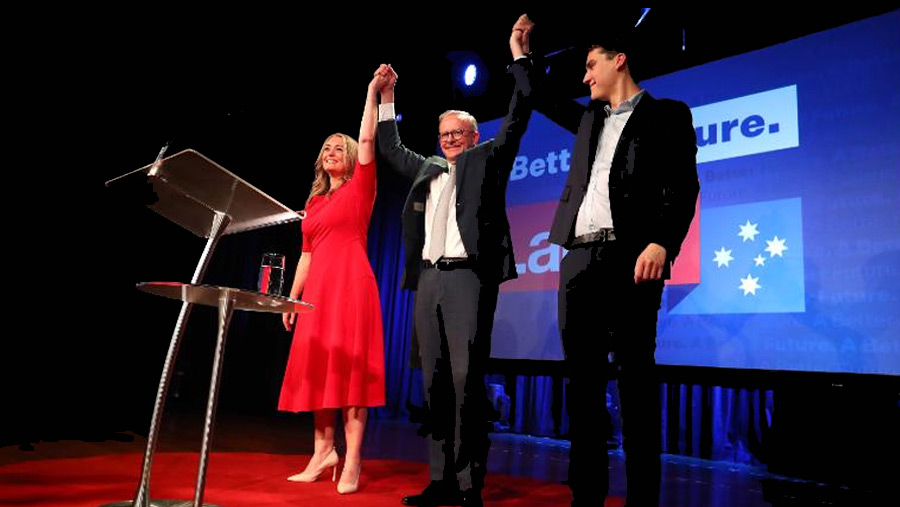 Anthony Albanese, 59, pictured center with his partner and son, celebrates victory on May 21, 2022 in Sydney, Australia.

Labor is able to form either a minority or majority government, meaning  Anthony Albanese will be Australia’s 31st Prime Minister.

The result will be a harsh blow for Scott Morrison, who was the first person to hold onto the role for a full term since 2007.

Morrison told supporters in Sydney on Saturday (May 21) night he had spoken to Mr Albanese and congratulated him on his election win.

However, in a minority government scenario, Albanese would likely the need the support of independent candidates who’ve managed to secure swing seats like Goldstein, in Melbourne’s south-east.

Both leaders campaigned in Melbourne on Saturday morning, before voting in their hometown of Sydney.

The first polling stations closed on the country’s east coast at 6 p.m. (local time). The west coast is two hours behind.

Due to the pandemic, around half of Australia’s 17 million electors have voted early or applied for postal votes, which will likely slow the count.

Voting is compulsory for adult citizens and 92% of registered voters cast ballots in the last election.