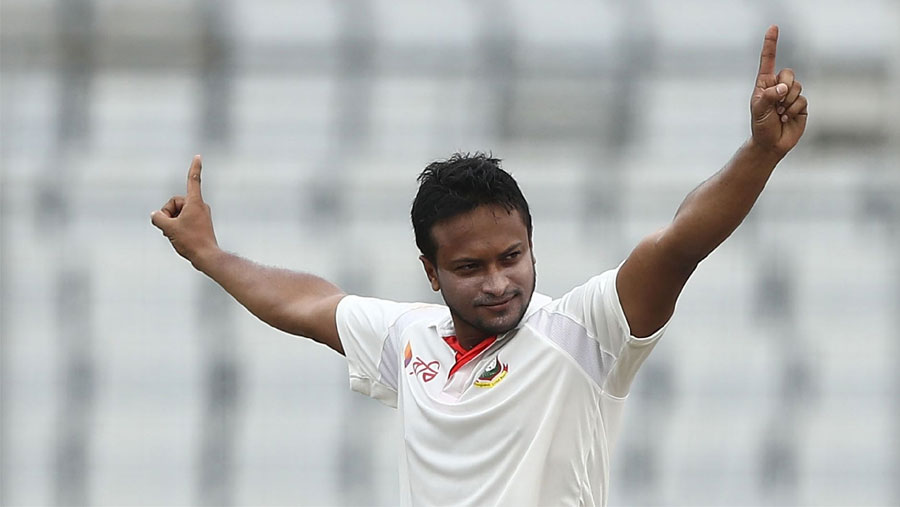 All-rounder Shakib Al Hasan tested negative for Covid-19, just four days after he returned positive for the virus. Team Bangladesh got this news to savour just two days before the first Test against Sri Lanka, starting Sunday (May 15) in Chattogram.

Chief selector Minhajul Abedin Nannu said Shakib will join the side in Chattogram very soon. For further precaution, the star all-rounder was tested thrice and he came back negative in all three tests, Abedin said.

"He tested negative for Covid-19 and will join the side very soon in Chattogram," Abedin said on Friday.

A BCB official said Shakib will board an evening flight Friday to join the side for the first Test.

While Shakib is in contention for the first Test now, head coach Russell Domingo said his match fitness need to be assessed since he is out of cricket for the last three weeks.

"Coming straight into a Test match, we need to check his fitness and assess where he is," Domingo said.

"He has just come off Covid, and he hasn't played much cricket. He's obviously a big player for us, balances the team. But we need to see how he is tomorrow. He hasn't batted or bowled for the last two or three weeks. It is five days of cricket. It is hot. There are all sorts of things to consider."

As per the Managed Event Environment (MEE) protocol for the series, Shakib underwent a PCR and a rapid antigen test as a pre-requisite for joining the team after returning from USA on May 9. Both tests have returned positive results on May 10. He then started his recovering process in self isolation at his home residence. BCB at that time ruled him out of the first Test straightway.

However, BCB president Nazmul Hassan Papon expressed his disappointment at not getting Shakib again for a Test series. Terming him a player in two-in-one, Papon said Shakib's absence is always a big blow for the team.