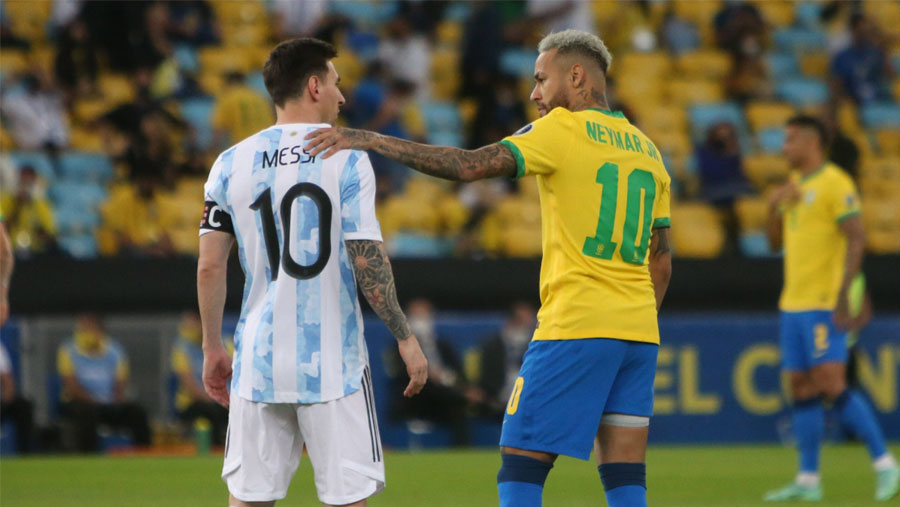 The Argentina vs. Brazil friendly match in Australia hsa been cancelled as an announcement has been made.

While the Brazilian FA had previously confirmed the match, the Argentina FA had not yet confirmed it. On Wednesday (May 11), it was Juninho Paulista, the sports coordinator of the Brazil national team which announced that the match on Jun 11 in Australia at the MCG has been cancelled.

It was also announced earlier this week by FIFA that both teams would have to replay their World Cup qualifying match in September.

Brazil will play friendlies against South Korea and Japan in Asia on Jun 2 and 6, respectively, and now will seek an African opponent for the Jun 11 slot.

Coach Tite also announced his squad for the friendlies and brought striker Gabriel Jesus back. The Manchester City striker, who was a starter for the Selecao in the last World Cup, is fighting for a place in Qatar.

The only new name on the list was of 21-year-old Danilo, a Palmeiras defensive midfielder.

Brazil will play Serbia, Switzerland and Cameroon in Group G at the World Cup, which starts Nov 21.