Barca strengthen grip on 2nd with win over Celta 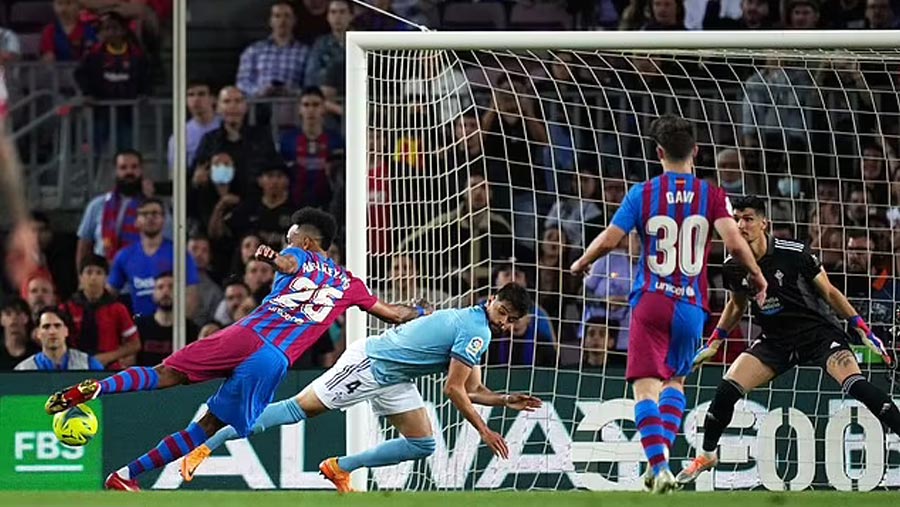 FC Barcelona strengthened their grip on second place in LaLiga with a 3-1 victory over Celta Vigo at Camp Nou on Tuesday (May 10). Pierre-Emerick Aubameyang continued to prove a worthwhile January addition from Arsenal, scoring twice, either side of half-time, to take his LaLiga tally to 11.

Pierre-Emerick Aubameyang scored twice as FC Barcelona tightened their grip on second place in LaLiga on Tuesday (May 10) with a 3-1 win at home to Celta Vigo.

Aubameyang’s double either side of half-time came after Memphis Depay had opened the scoring at Camp Nou. Celta pulled one back through Aspas but any hopes of a comeback were dashed when Jeison Murillo was sent off just before the hour.

Barca move seven points ahead of Sevilla and eight in front of Atletico Madrid, with Sevilla and Atletico playing each other at the Wanda Metropolitano on Sunday.

Real Madrid, who have already been crowned champions, sit nine points clear of Xavi Hernandez’s side at the top of the table, with a game in hand.