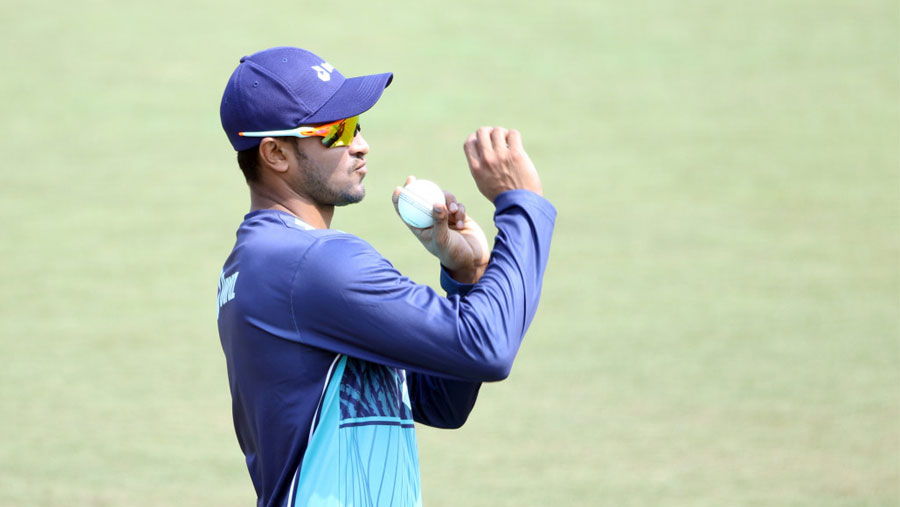 Shakib Al Hasan on Tuesday (May 10) tested positive for Covid-19 and was subsequently ruled out for the first Test against Sri Lanka, starting May 15 in Chattogram. He underwent a corona test after returning to Dhaka from USA and came back positive, said BCB physician Manjur Hossain.

“Shakib returned to country yesterday after which he underwent a mandatory coronavirus test in which he came back positive. He is in isolation at his residence now,” he told the reporters in Dhaka  on Tuesday.

A BCB press release added: “As per the Managed Event Environment (MEE) protocol for the series, Shakib underwent a PCR and a rapid antigen test as a pre-requisite for joining the team. Both tests have returned positive results today. He will now recover in self isolation and will be re-tested in due course. He has been ruled out of the first Test.”

As per the protocols, he will have to be in quarantine at home for seven days.

Shakib, however, was scheduled to join Bangladesh practice session in Chattogram from Wednesday.

The star allroudner earlier missed both of the Tests in South Africa due to family emergency. He in fact missed most of Bangladesh’s Test matches for the last couple of years for various reasons.