Curfew enforced in Sri Lanka after day of deadly unrest 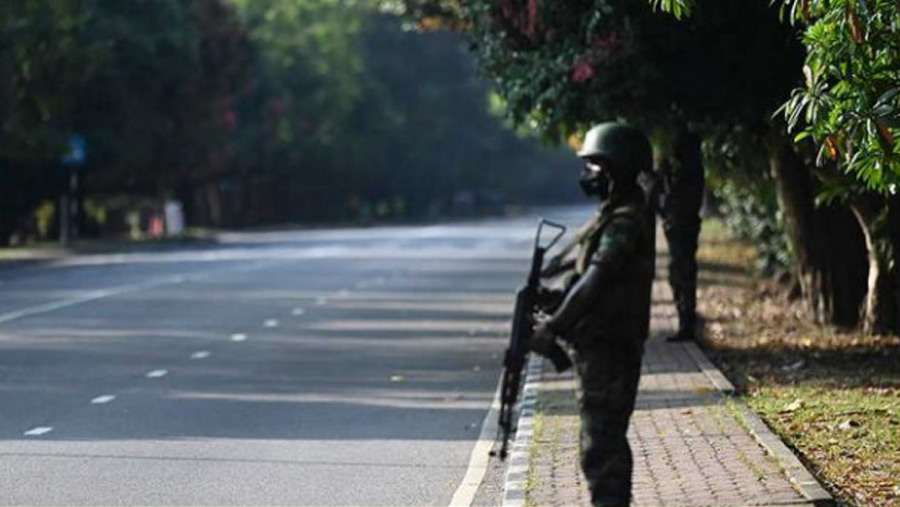 Sri Lanka deployed thousands of troops and police Tuesday to enforce a curfew after five people were killed in the worst violence in weeks of protests over an unprecedented economic crisis.

Nearly 200 were also wounded Monday (May 9) as prime minister Mahinda Rajapaksa resigned, but that did little to calm public anger.

He had to be rescued in a pre-dawn operation by the military Tuesday after thousands of anti-government protesters stormed his official residence in Colombo overnight, with police firing tear gas and warning shots to keep back the crowd.

"After a pre-dawn operation, the former PM and his family were evacuated to safety by the army," a top security official told AFP. "At least 10 petrol bombs were thrown into the compound."

The Rajapaksa clan's hold on power has been shaken by months of blackouts and shortages in Sri Lanka, the worst economic crisis since it became independent in 1948.

President Gotabaya Rajapaksa remains in office, however, with widespread powers and command over the security forces.

After weeks of overwhelmingly peaceful anti-government demonstrations, violence broke out Monday when Mahinda Rajapaksa's supporters – bussed into the capital from the countryside – attacked protestors with sticks and clubs.