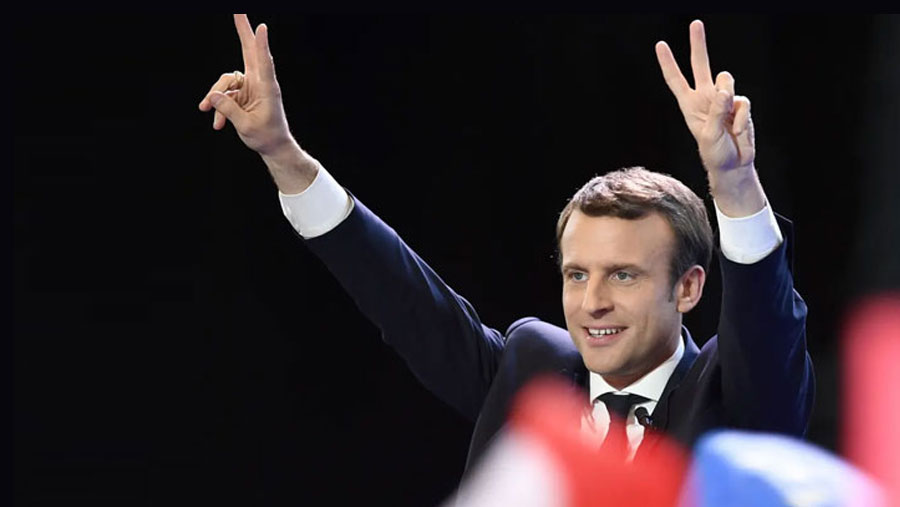 French President Emmanuel Macron is set to begin efforts to unite a deeply divided nation after winning re-election on Sunday (Apr 24) in a battle against rival Marine Le Pen that saw the far right come its closest yet to taking power.

Centrist Macron won around 58.6 percent of the vote in the second-round run-off compared with Le Pen's 41.4 percent, according to official results from the Interior Ministry.

Macron is the first French president in two decades to win a second term, but his latest victory over his far-right rival was narrower than their last face-off in 2017, when the margin was 66.1 percent to 33.9 percent.

The historic gains for the far right dampened the French leader's celebrations on Sunday night. Addressing supporters in the shadow of the Eiffel Tower, he vowed to heal rifts in a deeply divided country.

The 44-year-old president will start his second term with the challenge of parliamentary elections in June, where keeping a majority will be critical to ensuring he can realise his ambitions.

Several hundred demonstrators from ultra-left groups took to the streets in some French cities to protest Macron's re-election and Le Pen's score. Police used tear gas to disperse gatherings in Paris and the western city of Rennes.