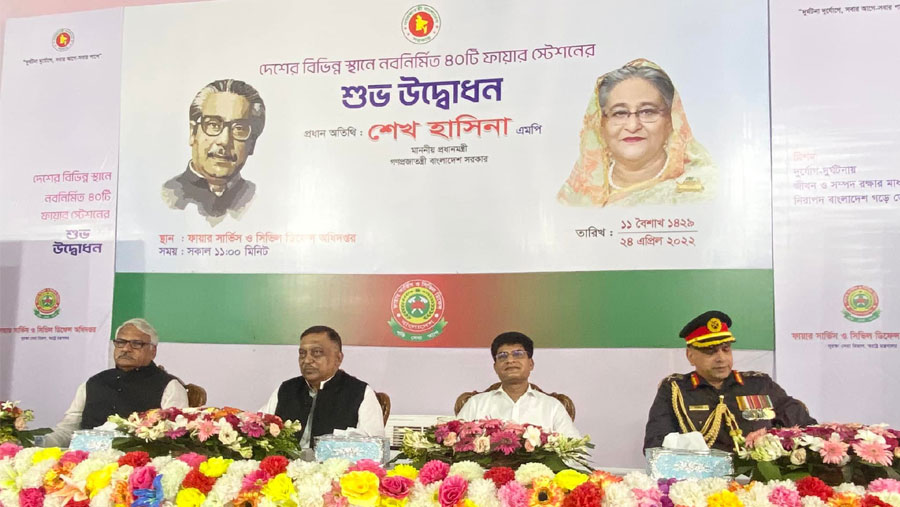 Prime Minister Sheikh Hasina on Sunday (Apr 24) directed the authorities concerned to ensure fire extinguishing system in every infrastructure, saying the government has to monitor the safety and security issues as it is working to change the citizens' fate.

The premier said this while addressing the inauguration ceremony of the newly constructed 40 fire stations in different parts of the country as the chief guest.

Mentioning fire extinguishing system as crucial, she said that it is also a must to keep rain water harvesting facility and preserve water bodies everywhere to tackle any accident and conduct rescue operation.

Sheikh Hasina asked the architects, engineers, project directors, concerned officials and building owners to keep firefighting and extinguishing system in mind for safety and security of the structures.

The government is working to change the fate of citizens as it has the responsibilities to ensure safety and security issues, she added.

At the outset of the ceremony, a video documentary on the fire stations was screened.