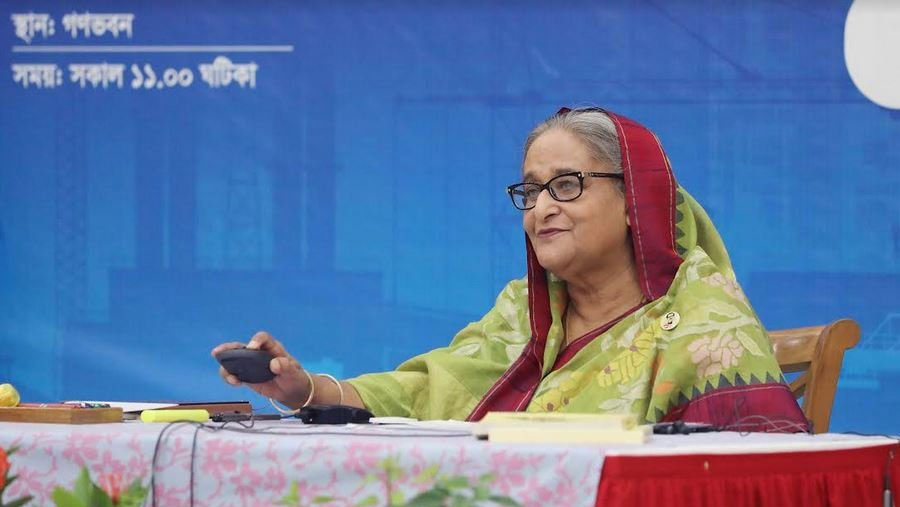 At the outset of the ceremony, a video documentary on these projects was screened. Later, the cover of a book on Bangabandhu's thought regarding industrialization published by the Industries Ministry was unveiled.

The Tk 10,460-crore Ghorashal Urea Fertiliser project got nod of the Executive Committee of the National Economic Council (ECNEC) in October, 2018 to set up a new urea factory with an annual production capacity of 9.24 lakh metric tons.

BCIC Chairman Shah Md Imdadul Haque, in his welcome speech, said once the project is implemented, the import of fertilizer will decline by up to 56 percent while the country will not require import of urea fertilizer since 2025.

The environment-friendly factory is being set up with the help of Japan and China, he said.

The BCIC is implementing the project to set up a granular urea factory at Palash, adjacent to the existing two factories, with a daily production capacity of 2,800 metric tons.

Of the project cost, Tk 1,844 crore will come from the national exchequer while the rest Tk 8,616 crore from bidders.

Besides, the 14-storey eco-friendly skyscraper for BSCIC Head Office was constructed at the cost of Tk 84 crore in order to ensure a better work environment and bring dynamism in the operation of the corporation.

The 126,900-sq feet multi-storied building will house the BSCIC head office, regional office and project offices. Solar system and rainwater harvesting system are there in the modern tower.