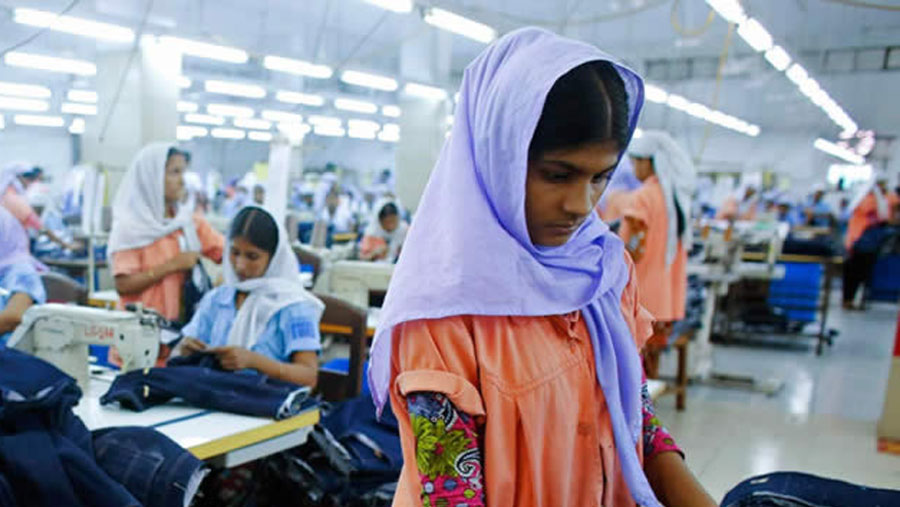 The government instructed the factory and industry owners to pay the bonus and salaries of workers and staff for March and April or at least 15 days of April by Apr 28 before the beginning of the public holidays marking the Holy Eid-Ul-Fitr. Monnujan Sufian, state minister for Labour and Employment, gave the instructions at a meeting with the trade union leaders and owners of factories and industries held at Sramo Bhaban in the capital on Monday (Apr 11), local media reported.

Sufian also asked the factory and industry owners to follow the government public holidays in allowing holiday and resuming the factory operations on the occasion of the Eid-ul-Fitr. She urged the owners to pay the workers at least 15 days' salary for April unless it is not possible to pay the full month's salary.

The state minister said it would be highly appreciated if the owners can pay the full month salary of April as the Eid will be held in the first week of May. However, all the arrears, salaries and Eid bonus must be paid by April 28 as the government public holiday starts on Apr 29, the state minister also said.

The instruction is applicable to all the formal, informal, public and private companies and enterprises, Sufian said.

The state minister, however, said since there is a challenge of shipments of goods, many owners can delay in allowing the holiday or may ask the workers to work even in a public holiday. In such cases, consultation is needed among the factory owners, trade union leaders and workers so that any kind of untoward incident can be avoided, she said.

She also suggested the owners to allow holidays in phases and in zone-wise for avoiding the traffic congestion on the roads and highways.