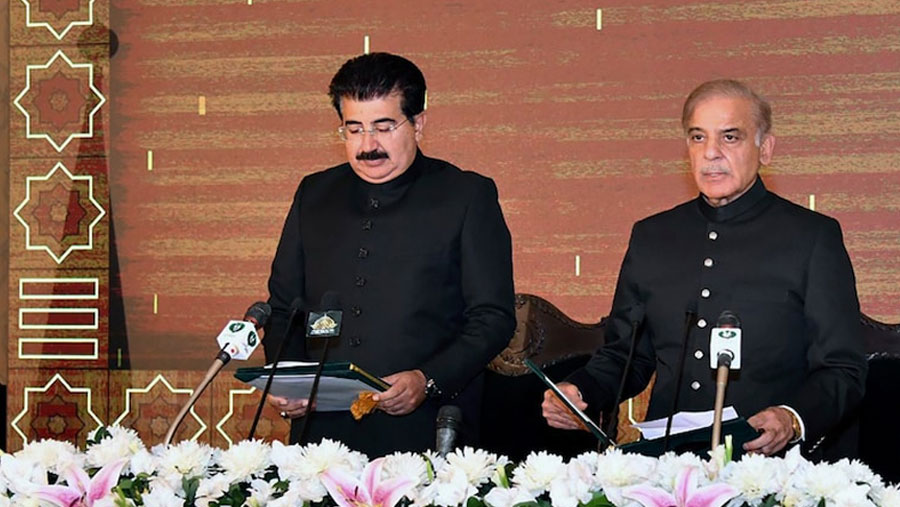 Shahbaz Sharif took the oath of office inside the stately, white marble palace known as the Presidency in a brief ceremony.

Shahbaz Sharif, the brother of disgraced former Prime Minister Nawaz Sharif, won with 174 votes after more than 100 lawmakers from Imran Khan’s Pakistan Tehreek-e-Insaf, or Pakistan Justice Party, resigned and walked out of the National Assembly in protest.

Those 174 votes – two more than the required simple majority – are enough to pass laws in the 342-seat assembly. If Khan’s followers take to the streets, as he has vowed, it could create more pressure on lawmakers and deepen the crisis.

Imran Khan, a former cricket star, was ousted early Sunday. He lost a no-confidence vote after being deserted by his party allies and a key coalition partner.

The political drama began Apr 3 when Imran Khan sidestepped an initial no-confidence vote demanded by the opposition by dissolving parliament and calling early elections. The opposition, which accuses Khan of economic mismanagement, appealed to the Supreme Court. After four days of deliberations, the court said Khan’s move was illegal and the no-confidence vote went ahead, leading to his ouster.