Passengers to show NID for travelling by launch 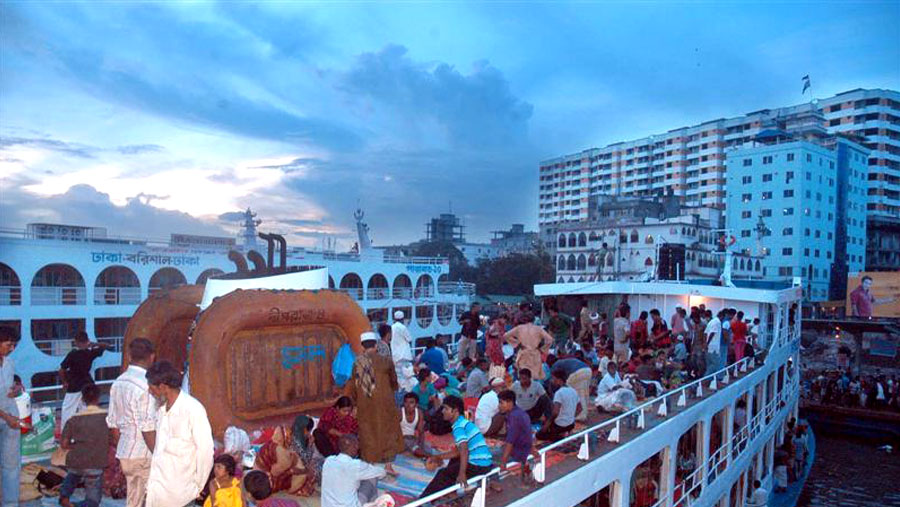 “Launch authorities will have to preserve all NIDs and movement of speed boats and all sand-laden bulkheads will be suspended at night,” he said this after a meeting at the Shipping Ministry on Sunday (Apr 10).

The decision was taken at the meeting with state minister in the chair, local media reported.

He said movement of all sand-laden bulkheads will be suspended five days before and after the Eid-ul-Fitr even day time.

He also said that general trucks and covered van will not be allowed to across the river via ferry during the three days before and after the Eid accept trucks loaded with daily necessary and perishable items.

Kahlid Mahmood said fire service and civil defence will be remained alert in Dhaka and other important points, while none will be allowed to run water transport having over loaded with passengers.

“There is no scope to realize extra fare instead of fare fixed by the authority,” the state minister said.

He said it is necessary to arrange Eid vacation based on area in phase for readymade garments and knitwear workers.

Kahlid said that the meeting also decided to ensure smooth movement of steamer, launch and water transports and ensure security of passengers during the Eid.