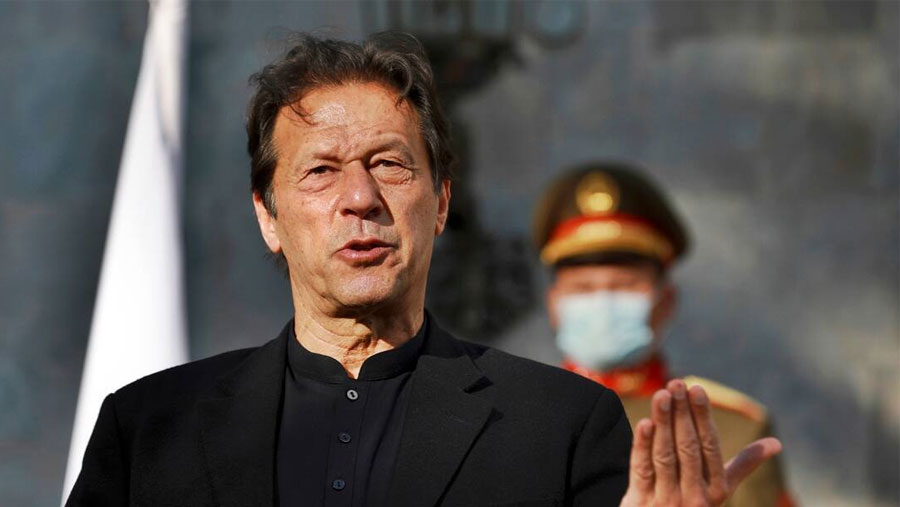 Imran Khan was dismissed Sunday (Apr 10) as Pakistan's prime minister after losing a no-confidence vote in parliament following weeks of political turmoil. A new premier will be chosen Monday, with Pakistan Muslim League-N (PML-N) chief Shehbaz Sharif almost certain to be picked to lead the nuclear-armed nation of 220 million people. No prime minister has ever served a full term in Pakistan, but Khan is the first to lose office this way. Opposition supporters took to the streets early Sunday, waving national and party flags from car windows as they raced through the streets. There had been a massive security presence in the capital, but no incidents were reported.

Pakistan's Prime Minister Imran Khan has been ousted from power after losing a no-confidence vote in his leadership. The vote was held past midnight after opposition parties brought a motion against him, following days of drama. The motion was first brought against Mr Khan last week, but he blocked it by dissolving parliament.

Sunday's vote took place after the country's Supreme Court ruled in favour of opposition parties and said that Mr Khan had acted unconstitutionally.

Mr Khan becomes the first Pakistani prime minister to be ousted by a no-confidence vote.

Pakistan's parliament will meet to vote for the country's new leader on Monday.

That person will be able to hold power until October 2023, when the next election is due to be held.

Ayaz Sadiq, who is in charge of the national assembly while there are no ruling party members or designated speakers, said nomination papers for candidates should be filed by 11:00 local time (06:00 GMT) on Sunday.

Opposition parties were able to secure 174 votes in the 342-member house in support of the no-confidence motion, the house speaker said, making it a majority vote.

In a tweet, opposition leader Shehbaz Sharif said Pakistan and its parliament were "finally freed from a serious crisis".