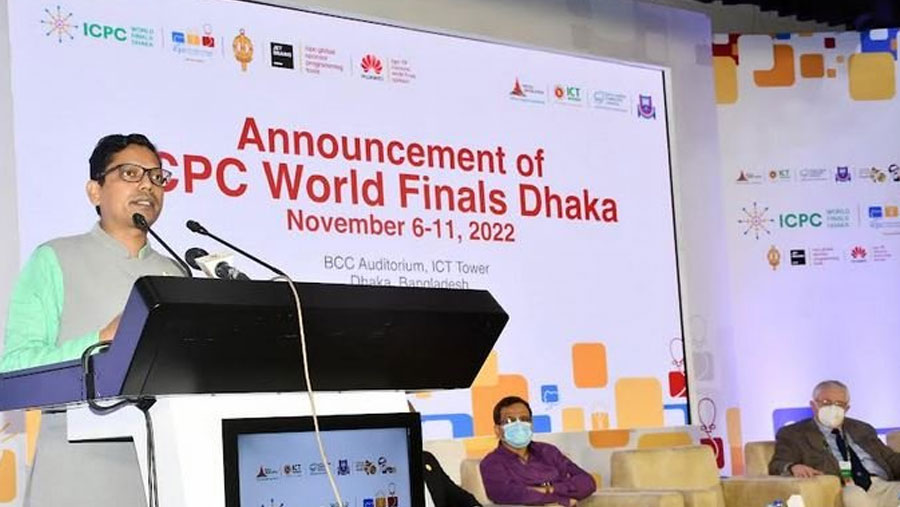 ICPC Foundation President Dr Bill Poucher announced it in a programme at the auditorium of the Bangladesh Computer Council on Tuesday (Mar 8) with the presence of State Minister for Information and Communication Technology (ICT) Zunaid Ahmed Palak as the chief guest, said a press release.

Senior Secretary of Information and Communications Technology Division N M Ziaul Alam, Executive Director of Bangladesh Computer Council Md Abdul Mannan and Vice-Chancellor of the University of Asia Pacific Prof Dr Kamrul Ahsan, among others, were present on the occasion.

The ICPC, the "International Collegiate Programming Contest", is specially an extra-curricular, competitive programming sport for students at universities around the world which is organized every year.

Speaking on the occasion, Palak said everything will be digitalized if youths are inspired with programming.

Highlighting the importance of the teaching of the programming, he added that there is no alternative to coding and programming education alongside math and science to bring success in any profession including doctor and journalist.

Mentioning the programming as the weapon of the world's change, he laid emphasis on teaching programming along with general education including English and Mathematics to students since their childhood.