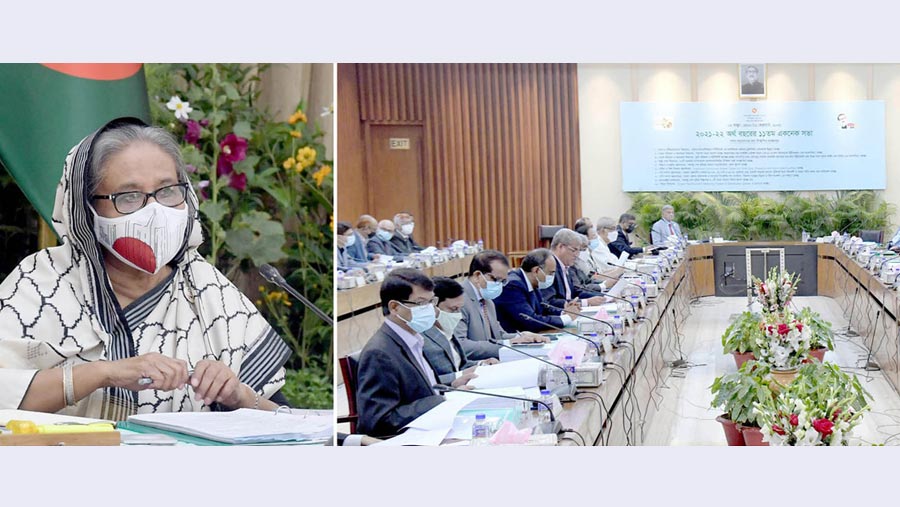 The approval came at the 11th meeting of the ECNEC in the current fiscal year (FY22) held with its Chairperson and Prime Minister Sheikh Hasina in the chair.

The premier joined the meeting virtually from her official Ganabhaban residence in Dhaka. Ministers, State Ministers and Secretaries concerned attended the meeting from the NEC Conference Room in the city's Sher-e-Bangla Nagar area.

Briefing the reporters after the meeting, Planning Minister MA Mannan said a total of 10 projects were approved involving an overall estimated cost of Tk 8,804.10 crore.

The planning minister said the main objective of the optical fiber network upgradation project is to spread uninterrupted state of the art telecommunications network and modern broadband internet facilities across the country.

Besides, the optical fiber transmission network of the BTCL will also be developed and expanded to meet the growing demand.

The BTCL under the Post and Telecommunication Division will implement the project by December 2024.

The project aims to raise the data transmission speed to 100 gigabits per second (GBPS) at upazila levels.

The superfast mobile service can deliver a peak data rate of up to 20 GBPS and can connect virtually everyone and everything, including machines, objects, and devices.

The fund of the project will be used to procure and install telecommunication and electrical equipment and establish 146 underground optical fiber cable links with a combined length of 3,144 kilometres.

The planning minister said the PM in the meeting asked the authorities concerned to expand the 5G network in the country and also to strengthen the 4G network.

The premier also stressed the need for expediting the work for launching the second Bangabandhu Satellite in the orbit, he said.