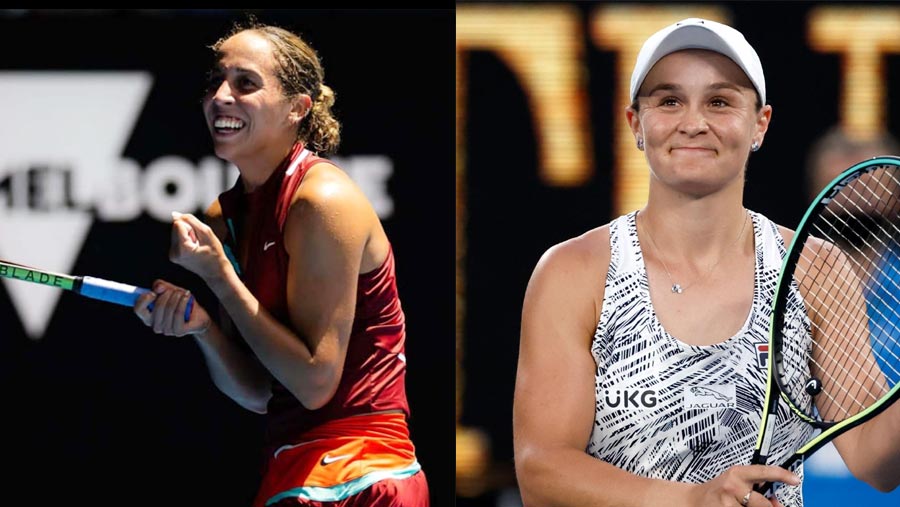 Ashleigh Barty underlined why she is the Australian Open favourite as she thrashed Jessica Pegula to set up a semi-final against Madison Keys.

Barty, bidding to become the first Australian singles champion in the tournament since 1978, has yet to drop a set at Melbourne Park.

Krejcikova's defeat also means that Barty will retain the world number one ranking after the Australian Open.

Wimbledon champion Barty has looked composed throughout the tournament and has dropped just 17 games on her way to the semi-finals.

"I have grown as a person, as a player and I am more complete tennis player," Barty said.

"It is a credit to my team. They have done so much work behind the scenes to make me the best version of myself.

"I'm absolutely loving playing out here. It's been a lot of fun so far and hopefully there's a little bit more left."

Barty set the tone in the first game of the match, clawing her way from 40-0 down on Pegula's serve to break the American.

The Australian had the odd dip, making 12 unforced errors in the first four games, but Pegula was unable to make the most of her chances.

Barty staved off the sole break point she faced in the first set and went a double break up as Pegula sliced a backhand into the net tape.

From 3-2, Barty reeled off nine games in a row to close out the match in just 64 minutes. She had warm words for Pegula, who was close to tears as she left court.

"Jess is an incredible person, she is a brilliant girl and I love to test myself against her," Barty added.

"She deserves to be in these later end of Slams and she has a few more to come, for sure."