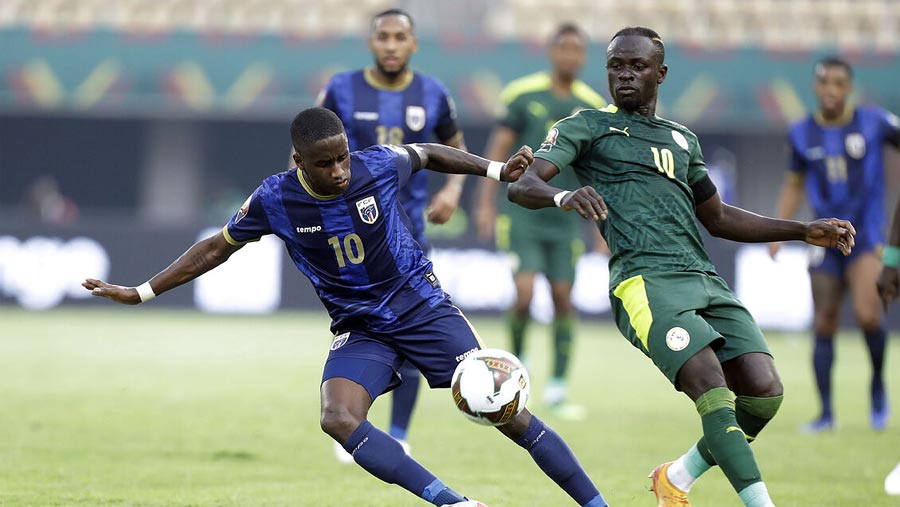 Senegal’s Sadio Mane scored but then went off with a head injury as they beat nine-man Cape Verde Islands 2-0 in the last 16 of the Africa Cup of Nations at the Kouekong Stadium in Bafoussam on Tuesday (Jan 25). Mane fired home from a set-piece after 62 minutes but had been hurt earlier in a nasty clash of heads with Cape Verde goalkeeper Vozinha, who was sent off for the incident. Liverpool forward Mane then left the field shortly afterwards complaining of a headache and could be a doubt for the quarter-final in Limbe on Sunday.

Sadio Mane scored as Senegal beat nine-man Cape Verde 2-0 in the last 16 at the Africa Cup of Nations, but was immediately forced off with concussion.

Mane curled in off the underside of the crossbar soon after keeper Vozinha had been dismissed over a nasty clash of heads with the Liverpool forward.

Mane continued despite appearing to be briefly knocked out in the incident.

After celebrating his goal he lay down on halfway, and before the game restarted he was led off the field.

The match in Bafoussam was preceded by a minute’s silence for the victims of the crush at the Olembe Stadium on Monday.

Senegal will face either Mali or Equatorial Guinea in the last eight on Sunday (Jan 30).