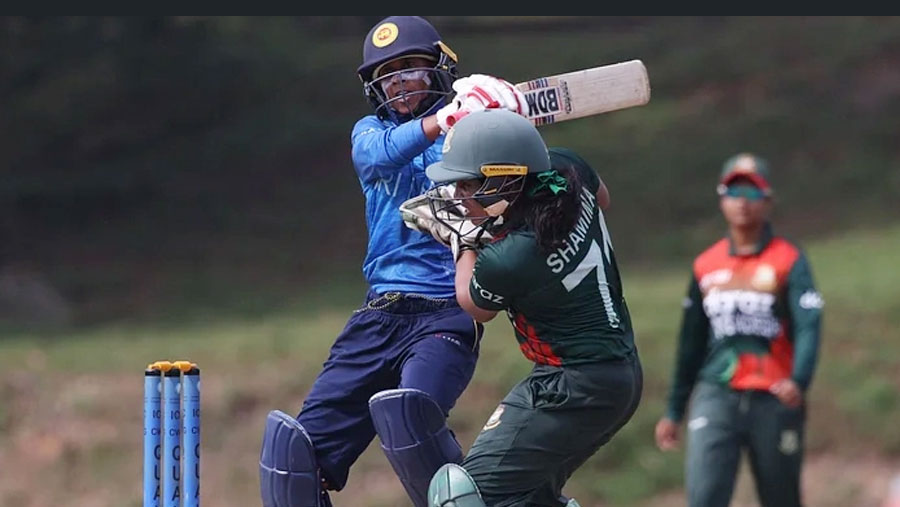 In the virtual knockout game for qualification with both teams on equal points and aiming for the top position in the group, Sri Lanka rode on an all-round show from captain Chamari Athapaththu to land on the winning side. Athapaththu first struck a 28-ball 48 as an opener to set the tone for a strong total of 136 for six in 20 overs.

Athapaththu went on to demonstrate brilliance with the ball as well, picking up three wickets which included the key dismissals of Murshida Khatun and Nigar Sultana as Bangladesh faltered in their chase of 137 and ended up on 114 for five after 20 overs.

The Tigresses finished second in the five-team points table with six points, two points fewer than Sri Lanka, and will not be taking part in next year's tournament in Birmingham.

Sri Lanka will now be placed in Group B alongside England, New Zealand and South Africa while Group A contains Australia, India, Pakistan and Barbados.

This will only be the second time that cricket will feature in the Commonwealth Games, also being a debut for the women's game as well as the T20 format, after a men's 50-over competition was part of the Games' 1998 edition in Kuala Lumpur.