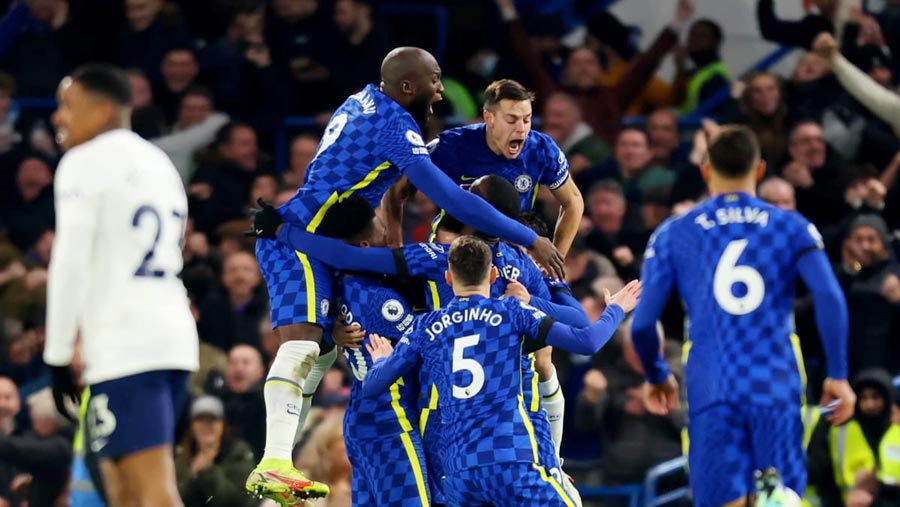 Chelsea solidified their place in the Premier League's top four by beating Tottenham Hotspur 2-0 on Sunday (Jan 23) as Liverpool cut the gap on Manchester City at the top to nine points with a 3-1 win at Crystal Palace. A third defeat to Chelsea in the past month cost Spurs the chance to move into the top four and Arsenal also blew that opportunity as they were held 0-0 at home by Burnley.

After a goalless first half, Ziyech scored within two minutes of the restart, superbly curling the ball into the top corner from 20 yards after a fine run from Callum Hudson-Odoi.

In the first half, Tottenham thought they had taken the lead as Harry Kane slotted past Kepa Arrizabalaga, but the goal was ruled out as the England striker was adjudged to have pushed Silva to the ground.

This victory follows Chelsea's wins in both legs of their Carabao Cup semi-final against Spurs, cruising through 3-0 on aggregate to set up a Wembley final against Liverpool.

It is Tottenham's first defeat in the league since Antonio Conte, a Premier League and FA Cup winner while in charge of Chelsea, replaced the sacked Nuno Espirito Santo in November.