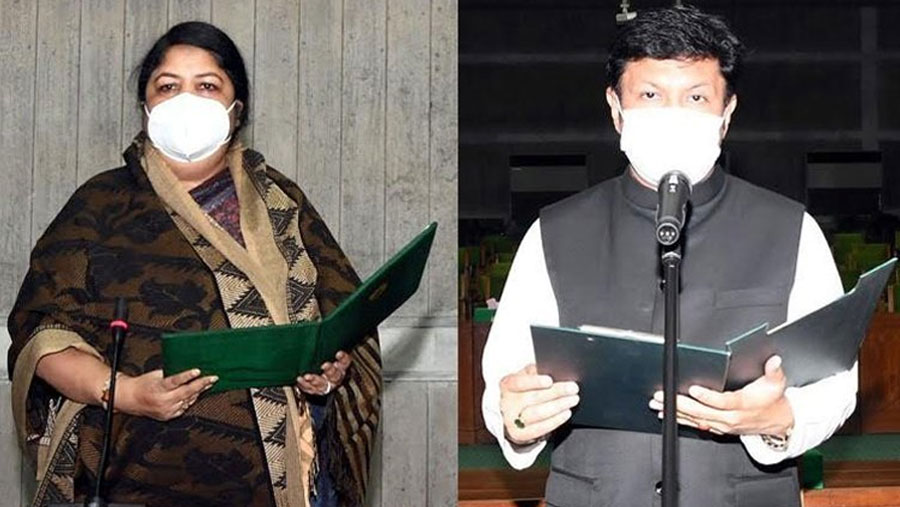 After taking oath, Shuvo signed the oath book as part of the traditional ceremony for the lawmakers.