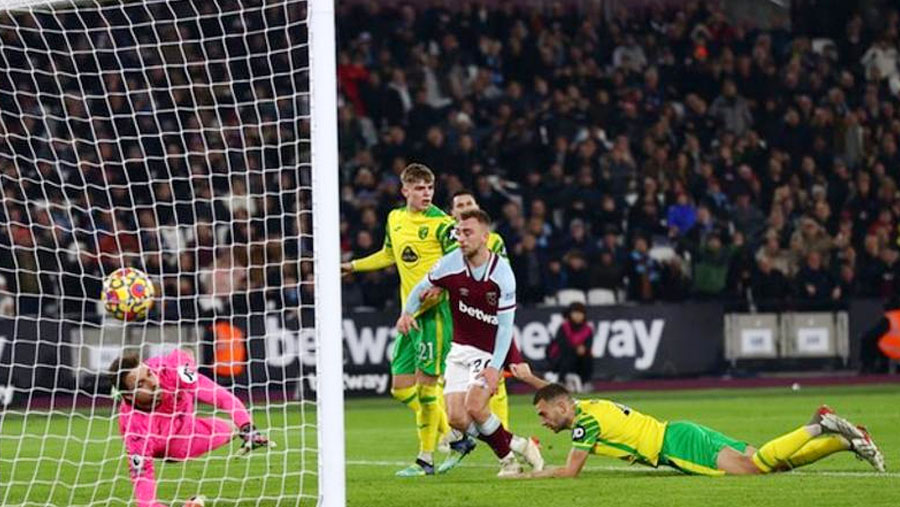 Jarrod Bowen scored twice as West Ham moved back into the Champions League places after sweeping aside rock-bottom Norwich 2-0 at the London Stadium in the Premier League on Wednesday (Jan 12).

Bowen had already had a goal disallowed when he broke the Canaries' resistance after 42 minutes when he glanced home Vladimir Coufal's cross.

The 25-year-old has been earning plenty of plaudits for his recent performances, and here he staked further claims for a future England call-up, adding a second with seven minutes remaining after meeting Arthur Masuaku's low cross and surviving a VAR call for offside.

The forward also had a first-half goal disallowed before striking the woodwork twice in the second period. Norwich's best chance fell to Adam Idah as he was denied by a combination of Lukasz Fabianski and the post, but Dean Smith's side ultimately fell to a sixth straight league defeat without scoring a solitary goal.

The result means West Ham leapfrog Arsenal into fourth spot on 37 points, while Norwich remain on 10 points from their 20 games, still three points adrift of safety.