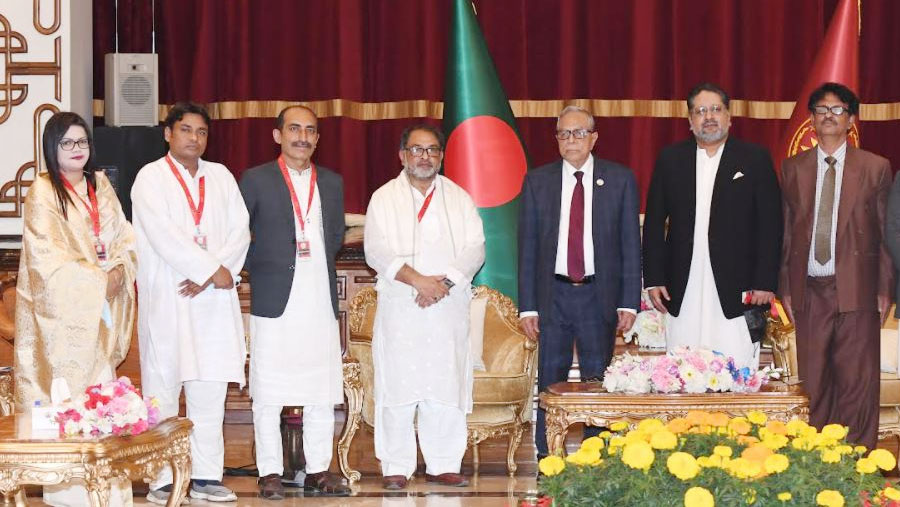 After the meeting, President's Press Secretary Md Joynal Abedin told National News Agency that the two parties proposed to enact a time-betting law and form an EC as per the constitution.

They also proposed that the EC in collaboration with the executive branch would take necessary steps to ensure fair credible polls. Therefore, they proposed the formation of a transparent, accountable, self-reliant election commission in accordance with the Constitution. They also proposed to keep the overall election activities free from government's interference.

The IFB delegation proposed to telecast all directives of the EC through media, including the radio and television. The press secretary said Bangladesh NAP proposed to adopt a modern electoral management system.

They proposed to ensure the use of technology (such as people counting machines, CCTV or IP cameras, recording live screening technology) for holding a free, fair and neutral voting at each polling centre.

They said a meaningful democracy is not possible without participatory elections.

Welcoming the delegation, the President sought allout cooperation of all, irrespective of party affiliations, and the Executive as it is essential for ensuring a free, fair and credible election.

Besides, the President said the mindset of the people has to be changed in this regard.

Abedin said the President has invited 32 political parties, including ruling party Bangladesh Awami League for the dialogue over the formation of an independent, neutral and credible election commission.

The President began the talks with the Jatiyo Party, the main opposition in the Jatiya Sangsad (Parliament), on Dec 20, the first day of the ongoing dialogue with the political parties.

Next dialogue, according to Bangabhaban, is scheduled to be held with Bangladesh Nationalist Party (BNP) at 4 pm and the National Peoples' Party (NPP) at 6 p.m. on Jan 12.

On Jan 13, the President will hold talks with Zaker Party at 6 p.m., Bangladesh Kolyan Party at 7 p.m. and Bangladesh Jatiyo Party (BJP) at 8 p.m.

Meanwhile, the ruling party Bangladesh Awami League is scheduled to hold dialogue with the President at 4 p.m. on Jan 17.

Earlier, a dialogue was held with the participation of political parties ahead of the ninth, tenth and eleventh parliamentary elections.

The President has been given the power to appoint CEC and no more than four Election Commissioners.

In the last few terms, the President has formed the Election Commission on the basis of the recommendations of the Search Committee.

The current EC's five-year tenure will end on Feb 14 next year.

During this period, the President will form a new EC, under which the 12th Jatiyo Sangsad elections will be held.