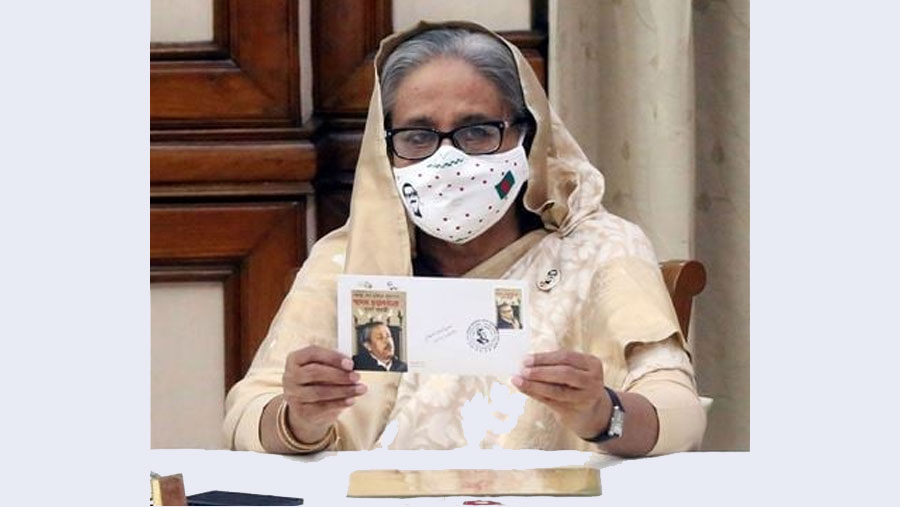 The premier released the stamp and the first-day cover of Taka 10 and the data card of Tk 5 at her official residence Ganobhaban.

A special canceler was used on the occasion.

The stamp, the first-day cover and the data card will be sold from the Philatelic Bureau of Dhaka GPO. Those will also be available at other GPOs and head post offices across the country later.

There is also an arrangement for special canceler in four GPOs to be used for the first-day cover, local media reported.