JP proposes enacting law to form EC as per constitution 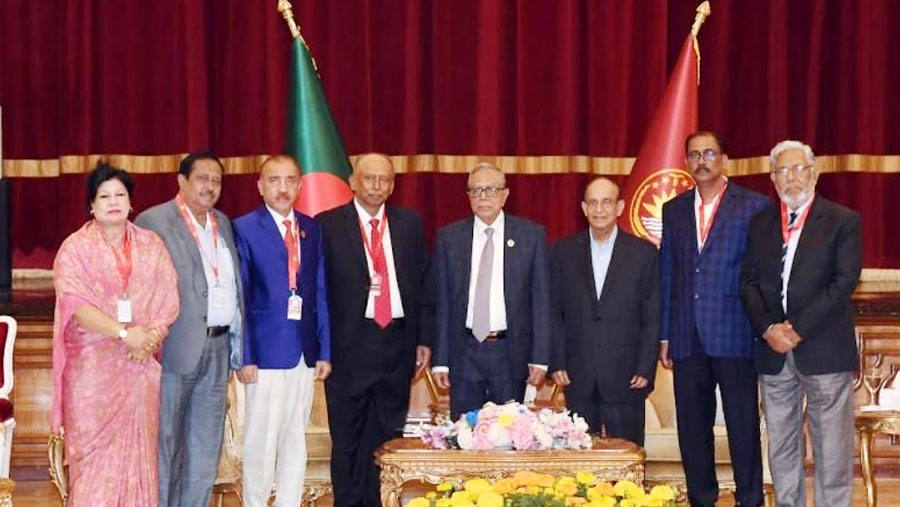 Taking part in the dialogue with President Md. Abdul Hamid on Monday (Jan 10), the Jatiyo Party (JP) led by its Chairman Anwar Hossain Manju, MP, proposed to enact a law for formation of an Election Commission (EC) in accordance with the constitution.

On the 13th day of the ongoing talks, a seven-member JP delegation took part in the dialogue at Bangabhaban's Durbar Hall on forming an acceptable EC.

After the meeting, President's Press Secretary Md Joynal Abedin told media that the party proposed to enact a time-betting law and form an EC as per the constitution.

The opposition party in parliament also proposed that the EC in collaboration with the executive branch, would take necessary steps to ensure fair and credible polls.

The JP delegation also proposed to form an EC by forming a selection committee with respectable and acceptable individuals of the society without relying on bureaucrats.

The Bangabhaban spokesman said the President has invited 32 political parties including ruling party Bangladesh Awami League for the dialogue over the formation of an independent, neutral and credible EC.

The President kicked off the talks with the Jatiyo Party, the main opposition in the Jatiyo Sangsad (Parliament) on Dec 20, the first day of the ongoing dialogue with the political parties.

The President will hold talks with the Islami Front Bangladesh at 6 p.m. on Jan 11 and with the Bangladesh National Awami Party (Bangladesh NAP) at 7 p.m. on the same day.

The ruling party, Bangladesh Awami League is scheduled to hold discussion with the President at 4 p.m. on Jan 17.