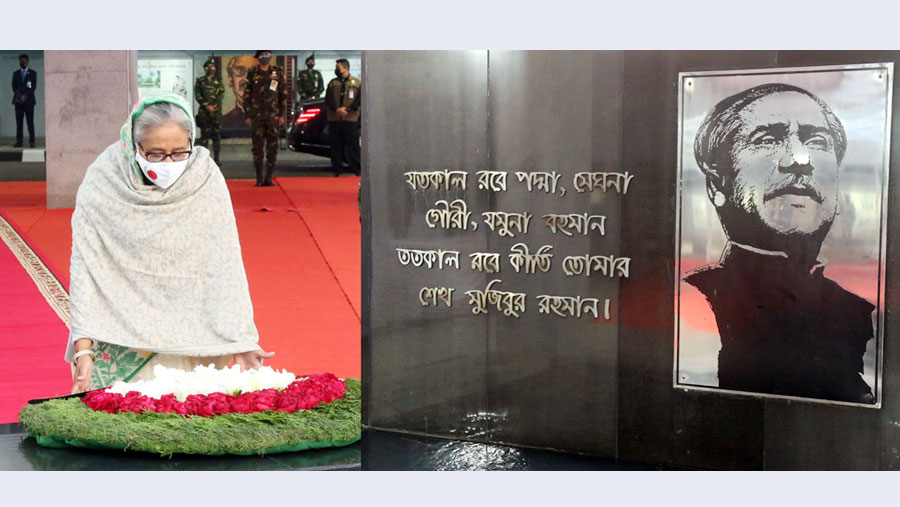 Prime Minister Sheikh Hasina on Monday (Jan 10) paid rich tributes to Father of the Nation Bangabandhu Sheikh Mujibur Rahman on the occasion of the Homecoming Day of the great leader.

The premier along  with her younger sister Sheikh Rehana, also the youngest daughter of Bangabandhu, paid the homage by placing wreath at the portrait of the Father of the Nation in front of Bangabandhu Memorial Museum at Dhanmondi in the morning.

After laying the wreath, the PM stood in solemn silence for some time as a mark of profound respect to the memory of Bangabandhu, the architect of the independence, local media reported.

Sheikh Mujibur Rahman, the undisputed leader of the nation and supreme commander of the country’s Liberation War, returned to the sacred soil of independent Bangladesh via London and New Delhi on Jan 10 in 1972, after 290 days of confinement in Pakistan jail. Since then, the nation is observing the day as the Homecoming Day of the Father of the Nation.