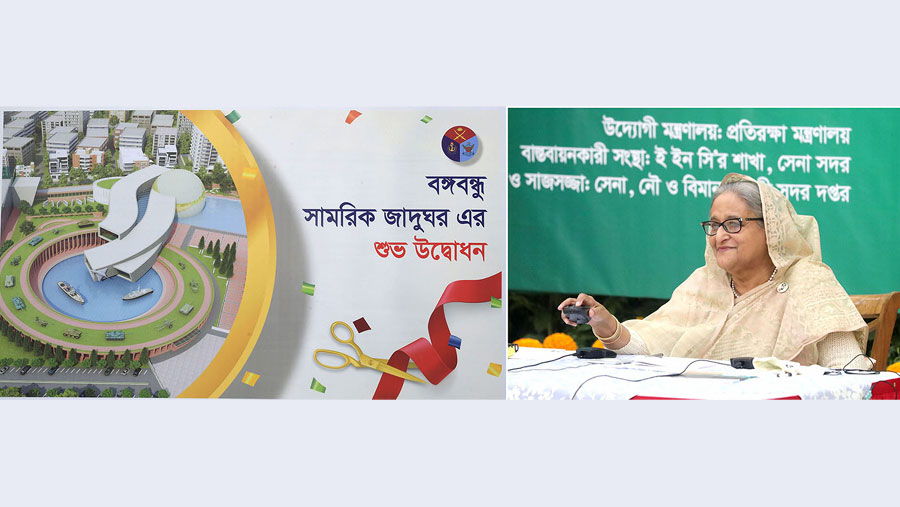 The Bangabandhu Military Museum is built on 10 acres of land on the west side of the Bangabandhu Novo Theater where equipment of the military, before and after the independence, would be presented.

To educate people about the glorious history of the Bangladesh military forces, Bangladesh Military Museum was established in 1987 in Mirpur Cantonment which was later shifted in 1992 to the present location on the west side of Bangabandhu Planetarium along Bijoy Sarani in Dhaka.

The military museum is upgraded under a grand initiative to modernize it which has led to the development of a state of the art establishment that will be known as 'Bangabandhu Military Museum'.

The museum promises to provide authentic information to the country's people, specifically the new generation, about the glorious past, challenges, achievements, and key developments of the Bangladesh Army, Navy and Air Force. The information displayed can also be used for research purposes.