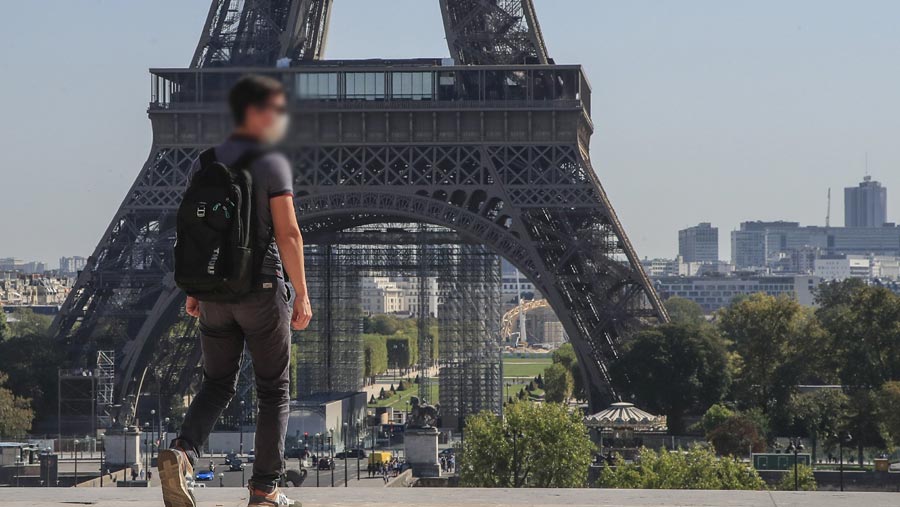 France has reported Europe's highest ever number of new daily Covid cases as countries across the continent struggle to contain the Omicron variant. But France, with its 179,807 cases on Tuesday (Dec 28), was not alone in breaking records, as Italy, Greece, Portugal and England all reported record highs too. The figures could be due in part to reporting delays over Christmas.

Countries had been reporting rises running up the festive period, driven by the more contagious Omicron variant.

Studies suggest it is milder than Delta, with a 30% to 70% lower chance of infected people ending up in hospital. However, the World Health Organization (WHO) has warned that a surge in cases across Europe will push health systems towards the brink of collapse.

According to the WHO's weekly Covid update published on Tuesday, the number of new Covid infections grew by 57% in Europe in the week before Dec 26, and by 30% in the Americas region.

On Monday, French health minister Olivier Véran warned "everything suggests" France could see as many as 250,000 cases a day by the start of January, while the French Hospital Federation has said that the "most difficult weeks are yet to come".

France's Prime Minister Jean Castex announced new restrictions earlier this week including at least three days a week mandatory working from home for those who can from early January.

The country's booster rollout has also ramped up, with more than 23 million having received a booster to date.

* Infections in Italy topped 78,000 cases, hitting a new record since the start of the pandemic. It also recorded 202 deaths, bringing the total number of deaths in the country to 136,753

* Portugal also recorded a new total of 17,172 cases on Tuesday, a rise on Monday's total

* Meanwhile, health authorities in England reported a record 117,093 cases. Full UK-wide Covid data has been unavailable over the Christmas period

However, while a number of cities - including Paris, London and Berlin – have cancelled official New Year's celebrations, some governments have been less willing to bring in nationwide restrictions.

People in France and England have been asked to use their common sense, while the Spanish capital Madrid has said it will go ahead with its celebrations with a cap on the number of attendees at Puerta del Sol square.

Italy, meanwhile, has banned outdoor events and closed nightclubs but there are no restrictions on private gatherings.

Poland is allowing night clubs to reopen on New Year's Eve. A maximum of 100 people are allowed to enter a club if they are unvaccinated and there is no restriction on those who have received the jab.