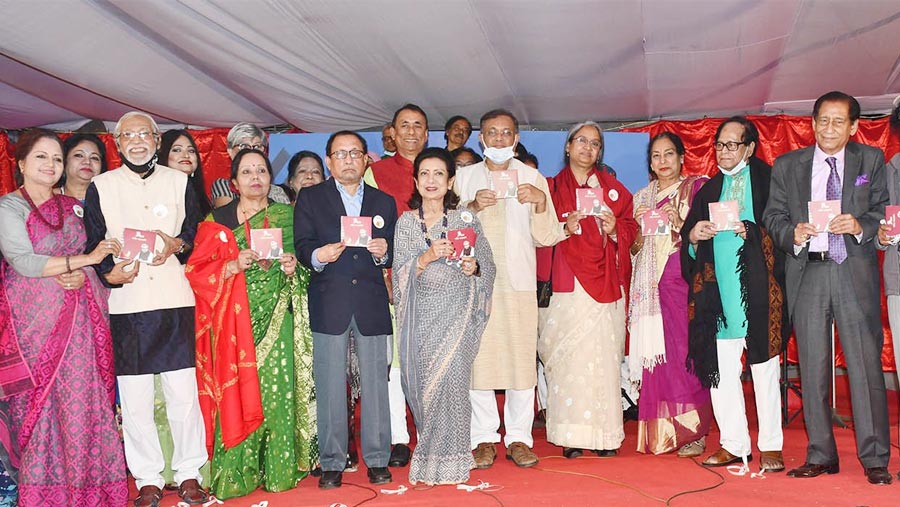 The cover of a CD named ‘Bangabandhu Ke Niye Gaan’, containing 11 songs on Bangabandhu, was unwrapped on Monday (Dec 27) at Nazrul Mancha of Bangla Academy in Dhaka.

Bangladesh Sangeet Parishad has released the CD paying tribute to Bangabandhu Sheikh Mujibur Rahman and marking the golden jubilee of the independence of the country.

The ministers, in their speeches, paid rich tribute to Bangabandhu and extended thanks to the Sangeet Parishad for taking the initiative.