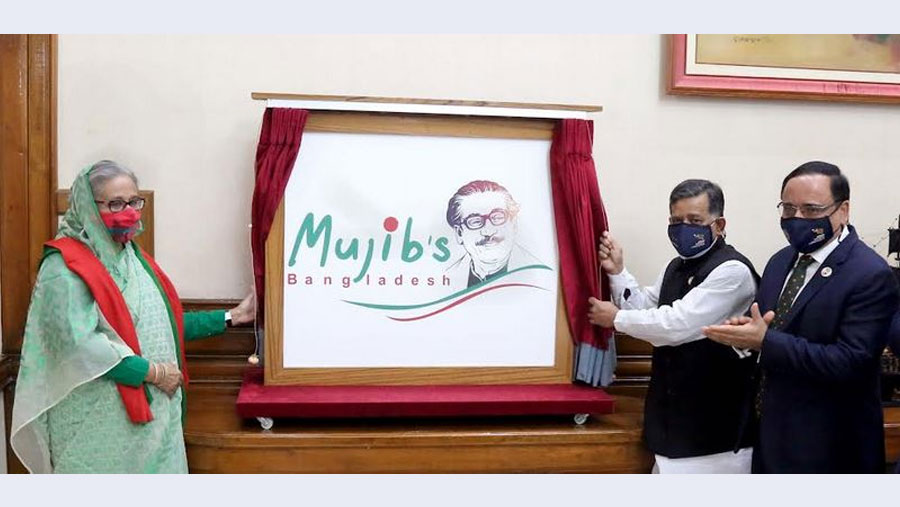 Prime Minister Sheikh Hasina on Thursday (Dec 16) released a commemorative postage stamp marking the golden jubilee of the country's victory and the day of surrender by the Pakistani occupation forces. The premier also released a memorial postage stamp on the occasion of the birth centenary of Father of the Nation Bangabandhu Sheikh Mujibur Rahman and unveiled a logo inscribed with "Mujib's Bangladesh", the brand name of Bangladesh Tourism.

She attended the ceremonies at her Ganabhaban official residence, according to a message issued from PM's press wing.