Bangladesh rolls out 5G era as Joy inaugurates the service 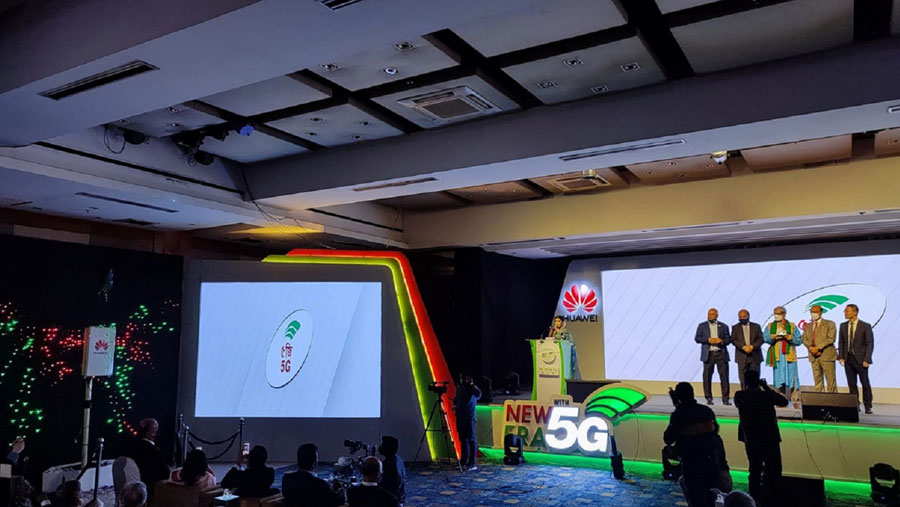 Bangladesh has entered the fifth-generation (5G) era as Prime Minister’s ICT Affairs Adviser Sajeeb Wazed Joy virtually inaugurated the service at a function in the city on Sunday (Dec 12).

“As long as Awami League will stay in power, Bangladesh will march  forward in all sectors... We will go ahead keeping pace with the world,” Joy told the launching ceremony as the chief guest, local media reported.

The state-owned telecom operator Teletalk launched the service at six sites on trial basis. The sites are Tungipara in Gopalganj, National Martyrs' Memorial at Savar, Bangladesh Secretariat, Prime Minister's Office, Dhanmondi-32 and Sher-e-Bangla Nagar in Dhaka. The private operators are expected to introduce the 5G next year after the auction for spectrum in March.

A video message of Prime Minister Sheikh Hasina marking the launching of 5G was screened in the function. In her message, the premier extended her heartfelt greetings to the countrymen for the launching of the service. She said though the 5G technology was launched through Teletalk Bangladesh Limited on a limited scale, the service would commercially be expanded all over the country soon.

Bangladesh joined more than 60 other countries in rolling out 5G of mobile internet connectivity under the initiative of Posts and Telecommunications Division and Teletalk Bangladesh Limited with the cooperation of Huawei Bangladesh Limited.

In telecommunications, 5G is the fifth generation technology standard for broadband cellular networks, which cellular phone companies began deploying worldwide in 2019, and is the planned successor to the 4G networks which provide connectivity to most current cell-phones, according to Wikipedia.

5G networks are predicted to have more than 1.7 billion subscribers worldwide by 2025, according to the GSM Association.