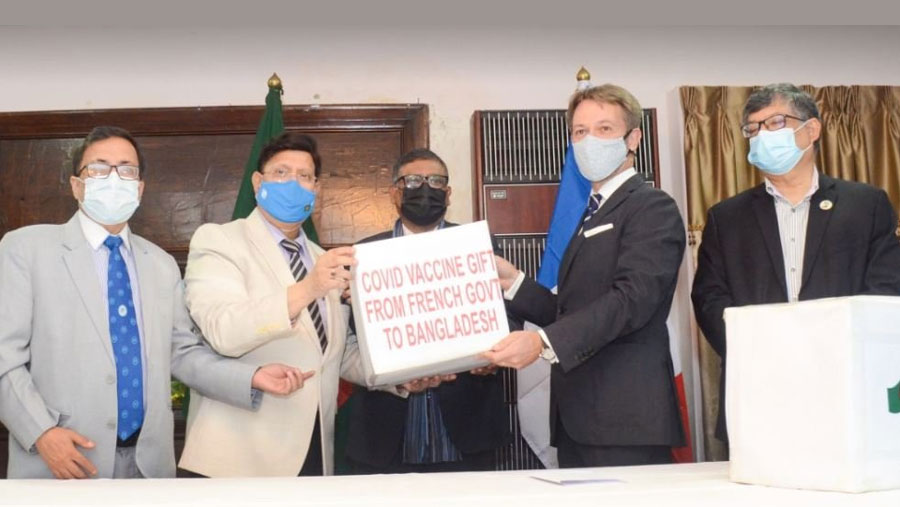 The foreign minister thanked the French government for the donation and said it would further strengthen the existing bilateral relations between the two countries.