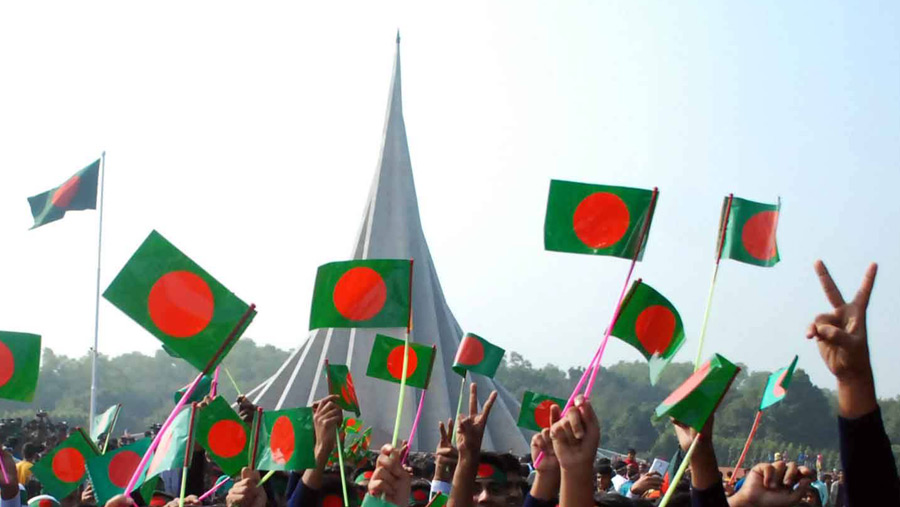 The nation is set to celebrate the Month of Victory with much festivity and enthusiasm amid a series of programmes throughout December.

On Dec 16, 1971, Bangladesh was liberated from the Pakistani occupation forces after a nine-month-long bloodstained Liberation War and the supreme sacrifices of three million people and the honour of two lakh women.

Several socio-political, educational and cultural institutions and organisations have chalked out various programmes to celebrate the nation's great victory that was achieved under the leadership of Father of the Nation Bangabandhu Sheikh Mujibur Rahman.

Like the previous years, Jatiyo Samajtantrik Dal will observe the Dec 1 as the Freedom Fighters Day. Marking the day, leaders of the party’s central committee will pay homage at the ‘Shikha Chironton’ in the Suhrawardy Udyan at 11 a.m. on Wednesday. It will also place wreaths at the graveyard of valiant freedom fighters at 9 a.m. at Mirpur. Dhaka city unit of Jatiyo Samajtantrik Dal will hold a discussion there.

Jatiyo Sechchhasebak League will pay respect at ‘Shikha Chironton’ in the Suhrawardy Udyan at one minute past zero hour on Dec 1.

On Dec 14, the nation will observe Martyred Intellectuals' Day to commemorate those intellectuals who were killed by Pakistani forces and their collaborators during the 1971 Liberation War.

The Victory Day of the country will be celebrated on Dec 16 paying homage to the martyrs for their supreme sacrifice for freeing the country from the misrule and occupation of Pakistani ruler.

On Dec 16 in 1971, the commander of Pakistan occupation army, General AAK Niazi, and his 93,000 soldiers surrendered to the allied forces of freedom fighters and Indian army at Ramna Racecourse, now Suhrawardy Udyan, in Dhaka following a defeat in the War of Independence.